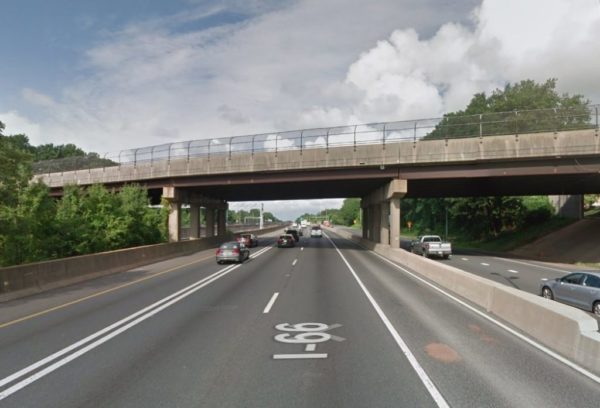 Drivers have one week left to use the Vaden Drive Bridge over I-66 before it closes and gets replaced by a new bridge.

The bridge, which is near the Vienna/Fairfax-GMU Metro station, will be closed for about 10 months starting at 9:30 p.m. on Oct. 18.

The closure is apart of the Virginia Department of Transportation’s multi-year Transform 66 project.

“The previously announced bridge closure is expected to cut in half — from 24 months to 12 months — the time needed to demolish the existing bridge and construct a new one,” according to an update yesterday from VDOT. “This shortened schedule will help reduce construction impacts on adjacent communities and roadway users.”

A new bridge is getting built to accommodate more cars and the I-66 widening. People can keep a lookout for the construction to start on the new bridge in November, with an anticipated opening next September.

Demolition of the bridge is expected to be finished by early December, according to VDOT.

Crews will also work on the intersection of Saintsbury Drive and Nutley Street while the detour is in place.

The parking garages at the Metro station will remain open.