Showplace Icon doesn’t officially open until March 6, but the new theater in Tysons is offering free movies starting today before its grand opening.

Earlier this week, Tysons Reporter got a tour of the 72,000-square-foot theater (1667 Silver Hill Drive) in The Boro development near the Greensboro Metro station.

The theater has 14 auditoriums ranging in size with seating for 1,795 people. Inside the auditoriums, the recliners turn into love seats when the armrest is up and people can warm up with the seat heaters. 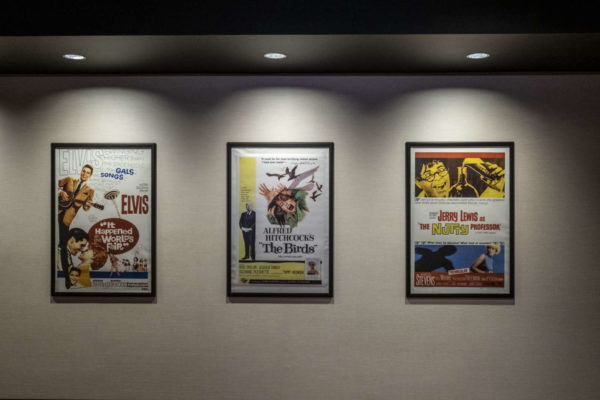 The theaters are split between two floors. Along the hallways, movie-goers can spot posters of films from 1963 — the same year the Leesburg Pike and Route 123 interchange contract was awarded, morphing the country crossroads into an urban area.

People can dine at the ICON Bistro and The Lobby Lounge and bring food, like bacon popcorn, into the auditoriums.

A spokesperson for the theater told Tysons Reporter that the goal with the dining options is to appeal to non-movie-goers as well. 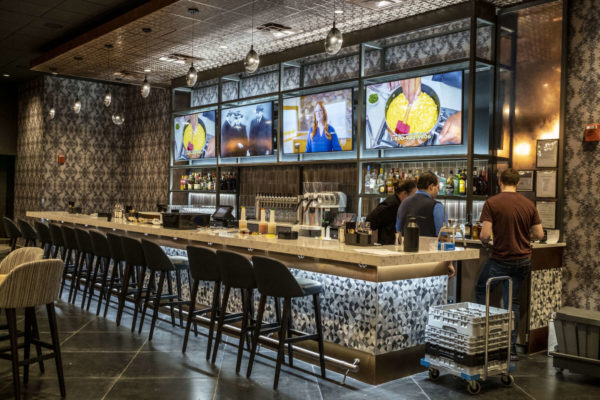 During the theater’s soft opening from today (Friday, Feb. 28) until Wednesday (March 4), people who are Extra Club Members — a free membership available online — will be able to watch free movies with free popcorn and drinks. (There’s also a paid membership option as well for people who want more perks.)

The movies on the big screen for Friday-Sunday include:

Tickets are available an hour before each movie and must be reserved in person, according to the theater’s website.

This will be the movie theater chain’s seventh location, according to a press release.