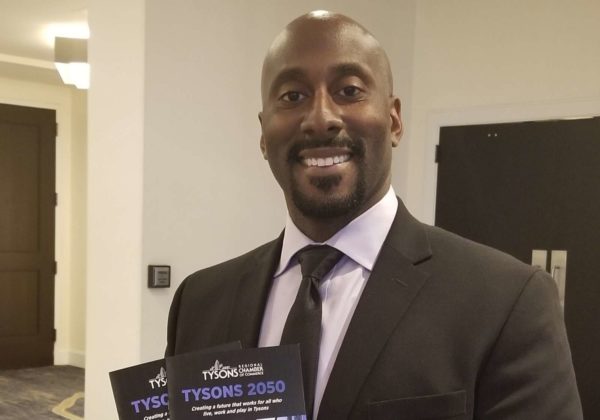 After Reggie Holmes was laid off from his job, he decided to take control of his career path and begin his own business, Enthuse Creative.

Since its founding in Tysons around 2013, the company has branched out to offer customers a variety of branding, strategy and design services — helping clients develop a unique sense of identity, according to Holmes.

Enthuse Creative operates as a multi-functional branding agency to help companies distinguish their talents and focus their efforts. Though the final product will vary depending on a clients’ needs, Holmes said he wants to help people target their own sense of identity and market.

Regarding the creation of Enthuse Creative in 2013, Holmes said he “wanted to be in a position where I could create my own opportunities,” adding that the ability to be creative and think outside of the box in his professional career is important for him as an art degree graduate.

When Holmes was in the process of the career transition, he said he realized that creative positions were “tenuous,” especially if someone wasn’t a high-up and wanted to solidify their career.

Coming up with the name for his company, Holmes said that “‘to enthuse’ means to build joy or happiness, so at the end of the day I want to help businesses be enthusiastic about their brand.”

Since the beginning of 2020, Enthuse has worked with roughly 20 different clients, many of whom come from different backgrounds and need various degrees of assistance, Holmes said.

One of the most inspiring projects Holmes said he worked on was a campaign for Meridian International Group, which promotes global leadership and U.S. diplomacy efforts.

For the group, Holmes said he helped to create an annual report, as well as marketing materials and a logo for a specific program.

“It’s great to know work I’m doing is being seen outside the United States,” he said, adding that he found it humbling to help improve the quality of life for people he will likely never meet.

As a one-man-show, Holmes said he often hires freelancers and partners from around the area to help him keep up with the workload.

In the summer of 2019, Holmes became the co-chair of marketing for the Tysons Regional Chamber of Commerce and is now on the chamber’s board. He said he volunteers with the group, working to align upcoming businesses with the chamber, promoting economic success and helping to organize events such as Tysons 2050.

Currently, the group is trying to rebrand their image, according to Holmes, who didn’t feel at liberty to expand.

“We recognize the need to go a little bit deeper and create a compelling case as to why a business should partner with us to keep growing,” he said.