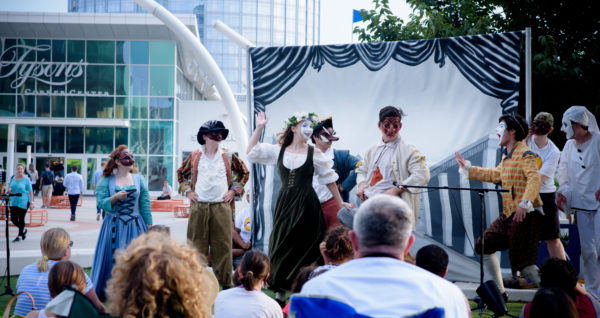 The Traveling Players Ensemble plans to celebrate its new permanent home in Tysons Corner Center with a ribbon-cutting later this week.

Founded 18 years ago, Traveling Players trains young artists in grades 3-12 in classical theater, according to a press release from the mall.

Located adjacent to the former Lord and Taylor spot on level one, the 42,000-square-foot studio opened on Jan. 11, Tysons Reporter previously reported.

The theater group has plans for later this year.

In March, Traveling Players will perform “Charlie and the Chocolate Factory” and “A Midsummer Night’s Dream” at the mall, along with hosting spring and summer camps.

“These shows will be performed in Tysons Corner Center on March 14, 15, 21 and 22 and open to the public,” the press release said.