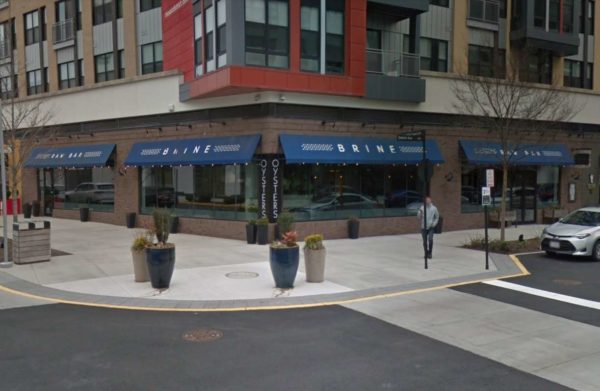 No more shucking oysters at Brine in the Mosaic District — the restaurant closed earlier this month. 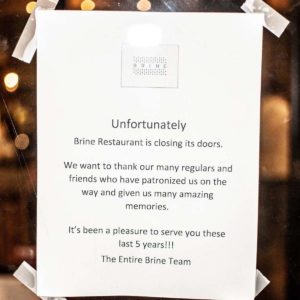 “Unfortunately, Brine Restaurant is closing its doors,” according to a Facebook post on Jan. 15. According to another post, the restaurant served its last meal in early January.

Known for its oysters, the restaurant offered a raw bar, wood-fired grill and selection of Mid-Atlantic fare ranging from seafood to meat.

Travis Croxton, the co-owner of Rappahannock River Oysters, LLC, ran the restaurant, which featured oysters from the oyster farming company, according to the restaurant’s website.

END_OF_DOCUMENT_TOKEN_TO_BE_REPLACED

More Stories
Tysons After Dark: Where to Hit the Gym in Tysons Central 7Board of Supervisors Looking to Add New McLean Metro Station Entrance