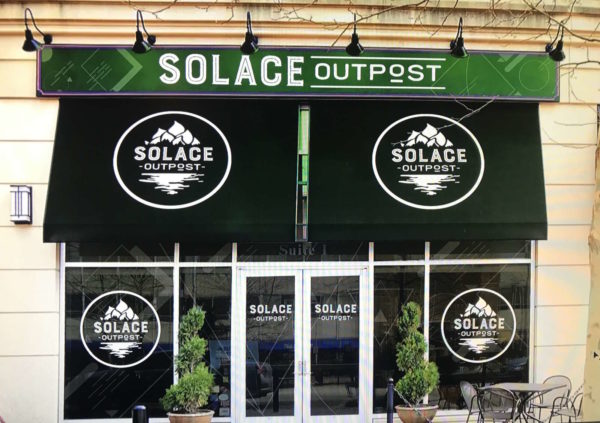 Mad Fox Brewing Company closed in Falls Church back in July. Now, a new brewery is set to open in the vacant space in May.

Solace Outpost — a collaboration between Solace Brewing Company, H2 Collective from The Hilton Brothers and the Blackfinn Ameripub group of Northern Virginia — will occupy 444 W. Broad Street, Suite I, according to a press release from MoKi Media.

“The new brewery will feature experimental IPAs and other beers and methods, such as kettle sours and smaller batches but will keep a core quartet of Solace favorites — Sun’s Out Hops Out, Lucy Juicy, Partly Cloudy and Crazy Pils — permanently on tap,” according to a press release.

People can also expect a yet-to-be-announced independent pizza concept at the brewery.

“The Woodmont Properties owner of the space closed the deal earlier this month,” the Falls Church News-Press reported yesterday (Monday).

The new brewery is set to open in May, the press release said.