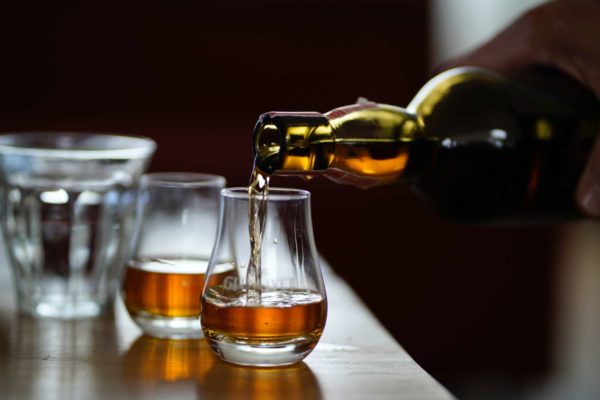 Just days before the deadline, Congress passed legislation benefiting small liquor distilleries by extending a tax break that was set to expire on Dec. 31, 2019.

The tax break legislation was first passed in 2017 and only originally guaranteed a decrease through the end of 2019.

But, instead of indefinite decrease that groups like the American Craft Spirits Association were hoping for, the tax decrease was simply extended for another year — until Dec. 31, 2020.

The Craft Beverage Modernization and Tax Reform Act lowered the Federal Excise Taxes (FET) for owners of distilleries from $13.50 to $2.70 per gallon — allowing business owners to reinvest that money by expanding their ventures and hiring more staff.

More than 2,000 distillers across the country — including Falls Church Distillers — benefit from the tax break, according to a press release from the American Craft Spirits Association.

“Though FET permanence is critical to the long-term success of our industry and the peripheral industries we support, including U.S. agriculture and hospitality, today we celebrate a small but critical victory,” Margie Lehrman, the CEO of ACSA, said in the press release.

Michael Paluzzi, the owner of Falls Church Distillers, said in a previous interview with Tysons Reporter that the tax break allowed him to hire new employees and expand his prospects for growth past NoVA into surrounding areas.

Paluzzi had been working with ACSA since July to push lawmakers for a permanent tax decrease. He originally told Tysons Reporter that though he was hoping that Congress would permanently lower the tax, he was also aware that this outcome was a possibility.

The renewal of the lower tax rate was packaged with other legislation, allowing it to be fast-tracked before it expired.

“Tomorrow, we will again shift gears to focus on permanent tax relief and long-term parity with our friends in craft beer and wine,” Lehrman said.