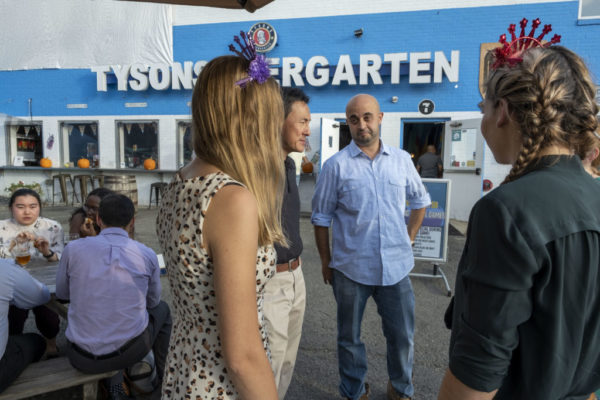 For today and tomorrow, Tysons Reporter will be counting down our most-read articles of 2019.

We’re kicking off the retrospective today with articles #11-20.

A series of new group homes by Newport Academy, a corporation that runs therapy programs treating teenagers with mental health or addiction problems, faced a backlash from residents at a meeting in April.

The grocery chain signed a lease in early November to anchor the redevelopment of the corner of E. Broad and N. Washington streets, according to Falls Church News-Press.

The Tysons Galleria bakery announced that it would close in August.

In October, Fairfax County started to consider reducing its parking requirements for its largest malls in the county — the two in Tysons, Fair Oaks and Springfield Town Center. (Ultimately, the Board of Supervisors approved the change.)

In February, Tysons Reporter gave readers an update on when the residential and retail components of the new Tysons development would open their doors.

15. Here Are the Candidates Running in Fairfax County Races (7,243 views)

Ahead of the November election, Tysons Reporter created a short guide to the candidates running in the local races affecting Tysons residents and information on when and where to vote.

Three workers were injured while installing a conduit box and more than a thousand people were without power along Greensboro Drive in Tysons one September afternoon after a contractor cut into energized cables.

The Tysons Biergarten announced its upcoming closure by the Greensboro Metro station. The owners behind the beer garden are planning to open a new concept called The Shipgarten at Scotts Run that is set to open in spring 2020.

Another update in June told readers which retailers and restaurants were lined up to come to The Boro development.

Check back tomorrow for the countdown of the top 10 stories.

END_OF_DOCUMENT_TOKEN_TO_BE_REPLACED

More Stories
Weekly Planner: Korean Bell Ringing, Open Mic at Caffe AmouriPoll: Where Will You Be Ringing in the New Year?