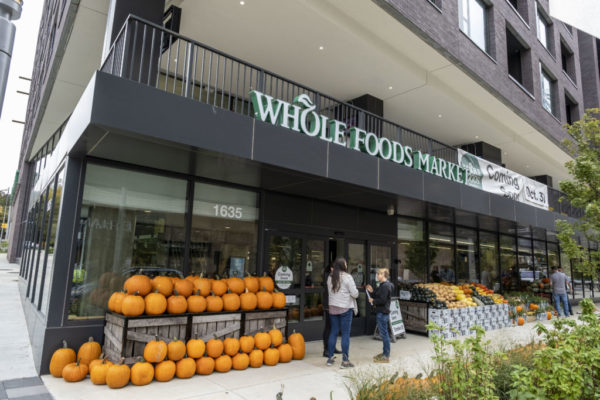 Just a few weeks after opening a new store in Tysons, Whole Foods is gearing up to come to the City of Falls Church.

The grocery chain signed a lease in early November to anchor the redevelopment of the corner of E. Broad and N. Washington streets, Falls Church News-Press reported.

The upcoming 50,000-square-foot store will be a part of a mixed-use project that also plans to include a 5,000-square-foot community theater space that will be occupied by Creative Cauldron, according to a press release from Arlington-based Insight Property Group.

Approved by the City Council last year, the “plan was derailed a little over a year ago, when developer Todd Hitt pleaded guilty in November 2018 to investor fraud,” the paper wrote.

Now, Whole Foods will come to a spot just a little over a block away from Harris Teeter (301 W. Broad Street).

“Whole Foods Market will bring an incredible amount of activity to downtown to both complement and help support the existing and longstanding businesses that make Falls Church so unique,” Maury Stern, a principal at Insight Property Group, said in the press release.

END_OF_DOCUMENT_TOKEN_TO_BE_REPLACED

More Stories
Poll: Are You Traveling This Thanksgiving?Here’s What’s Coming to Wolf Trap in December