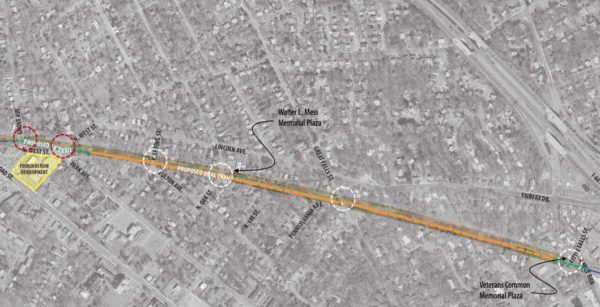 The W&OD Railroad Regional Park may get parallel walking and bicycle trails in the City of Falls Church.

The dual-path would run between N. West and Little Falls streets, according to the city documents.

“The project would include replacing the existing 10-foot wide shared-use trail with an 11-foot wide bicycle trail and an 8-foot-wide pedestrian trail separated by a 2-foot-wide stamped asphalt buffer,” the documents say.

The city is also working on updating four W&OD crossings:

Staff said at the meeting last night that the new paths and crossings would improve safety.

Stormwater management still needs to be coordinated between the city’s Department of Public Works and Nova Parks, staff said. 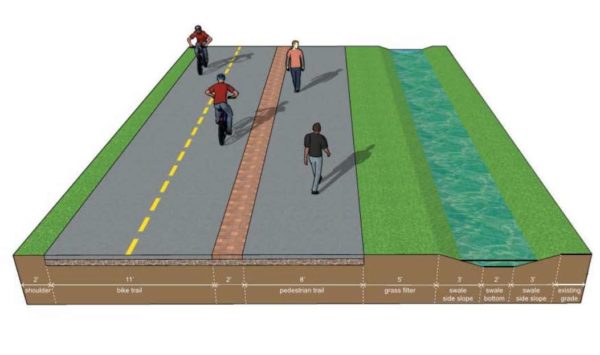 The proposed plan appears to match the city’s vision for the W&OD. The city’s W&OD Master Plan calls for separated walking and biking trails, along with improved intersection crossings, new plazas and restored lighting, according to the city.

While the commissioners voiced support for the plan, Chair Russell Wodiska said that he wants to give residents a chance to comment on the proposal. Locals can expect a public hearing to happen in the near future.