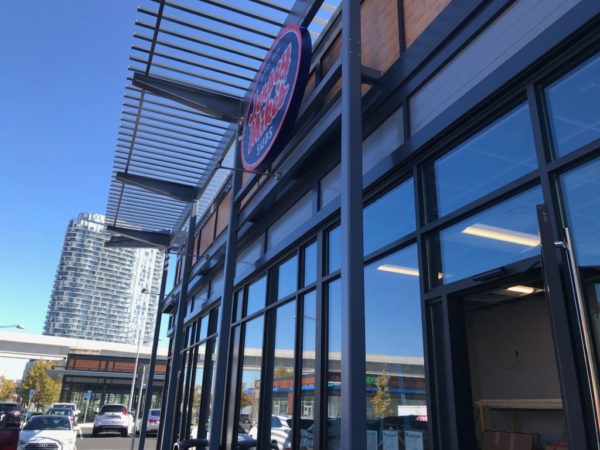 Jersey Mike’s plans to start serving subs with a side of fundraising today near the Spring Hill Metro station in Tysons.

Located at 1501C Cornerside Blvd, the sandwich chain is one of several eateries in Tysons West Phase III — a redevelopment that added new retail buildings across from Walmart.

Other options for diners include the newly opened B.GOOD, Smoothie King and Dunkin’ Donuts.

Franchise owner Asha Thakur, the franchise owner, is set to hold a grand opening and free sub fundraiser today (Wednesday) to Sunday (Dec. 8) to support the Children’s National Hospital, according to a press release.

People who live or work in the area might snag one of the 10,000 coupons circulating throughout the community offering a free regular sub for a minimum $2 contribution to the Children’s National Hospital.

Over in Falls Church, the upcoming Jersey Mike’s at the Falls Plaza location (1108-A West Broad Street) is expected to open at a later date, a spokesperson for the company told Tysons Reporter.

The Tysons spot is open from 10 a.m. until 9 p.m. every day, the press release said.