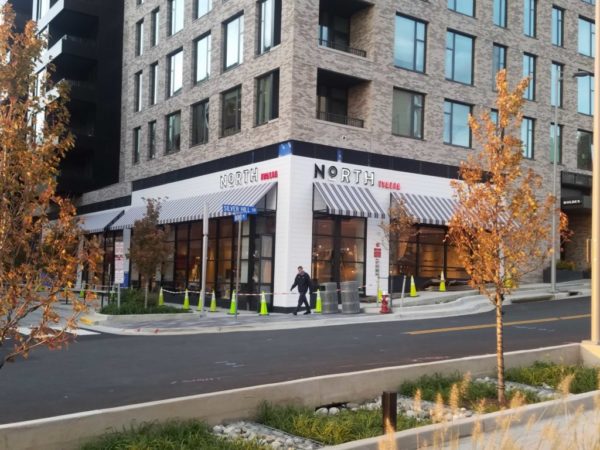 Just in time for the holidays, North Italia is expected to open in the next few weeks — with other restaurants and businesses in The Boro.

A construction contractor working on-site told Tysons Reporter that the new North Italia (1651 Boro Place) will open in early December along with Fish Taco, according to a sign.

Last Friday (Nov. 9), crews were working to instill appliances and finishing touches around the restaurant. The contractor said they will have an official opening date soon when they begin to hire servers and staff.

CaliBurger 2.0 (8301 Greensboro Drive) will also be moving into The Boro, taking over a spot that was designed for Taylor Gourmet, according to Eater, which added that the burger joint will use robot labor to flip burgers using a robotic arm and introduce a new line of vegan options by Beyond Meat.

It is unclear when the location will open, but it is expected to stay open late in order to accommodate crowds from the nearby movie theatre.