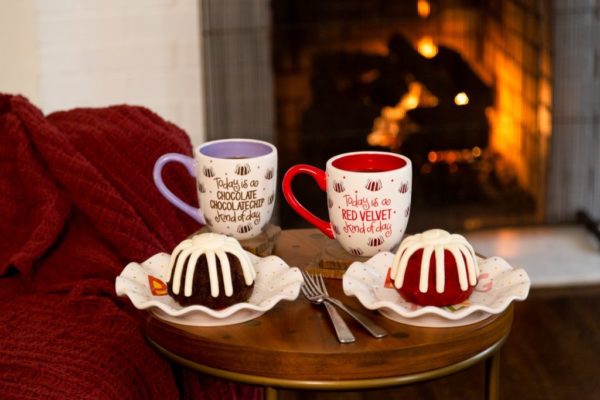 For “National Bundt Day” and its 22nd anniversary, Nothing Bundt Cakes is giving away sweet treats at locations across the country — including its Vienna location.

The deal includes a punch card for one “bundtlet” per month for 12 months, and the deal is limited to one card per household.

People are encouraged to show up early, since the company warns the cakes are only available “while supplies last.”

“For our loyal and passionate Bundt fans across the nation, Nothing Bundt Cakes wants to throw the biggest Bundt Cake party yet!” Co-founder and Chairman Dena Tripp said. “We hope that anyone who loves cake will join us at our Bundt Bash.”

There are more than 300 Nothing Bundt Cake locations throughout the U.S., according to the company’s website. People with a sweet tooth can find 10 flavors of cake to choose from at the locations.

Photo via Nothing Bundt Cakes/Facebook