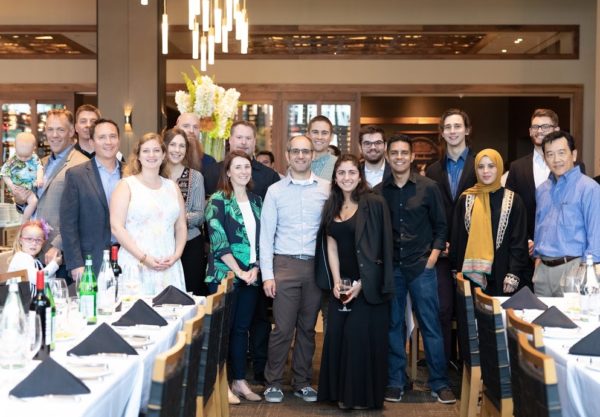 A Tysons tech company wants to boost fundraising, sales and marketing efficiency for both non-profits and businesses by using artificial intelligence.

BoodleAI (1751 Pinnacle Drive), which eventually branched out to also create guidonAI, began as a small startup roughly three years ago and managed to expand its client base to include around 30 non-profit groups and businesses once product development was complete.

Both companies offer predictive analytics to help organizations by taking the clients’ pre-existing data and cross-referencing it with more than 500 other data points on each person, using only names and email. All of the data sets are then analyzed by AI to come up with a predictive model that will be tested for power and reliability, according to the company’s website.

Hoang began the company because he felt that non-profits are an “underserved market.”

“I know the pain non-profits go through trying to raise funds for their mission,” Hoang said.

The company names were inspired by Hoang’s time at the United States Military Academy at West Point, where he graduated before serving time as Special Forces in Afghanistan, moved onto law school at Georgetown University and eventually become an entrepreneur.

Everything had its place at the academy, he said, adding that all of the cadets were expected to keep things extremely organized.

“The one exception to that is that you are allowed one exception of cookies, candy and things sent to you by your friends and family back home,” he said, adding that things come in a box and the contents are referred to as “boodle.”

GuidonAI was inspired by the flag that represents a unit. “If you want to know where to go, you look towards the guideon,” Hoang said.

The company offers decreased pricing options for non-profits but the cost will ultimately depend on variables including the size of the organization, the amount of help they need and the size of the problem, Hoang said.

“We would like to be the prime, dominant builder of people-focused, predictive applications,” Hoang said after being asked where he wants to see the company in five years.

Unlike competitors, boodleAI focuses on the fit of a person’s needs rather than on their online behavior, Hoang said, adding that their algorithms can pick out the target market four out of five times.

Hoang said that he loves connecting the world with issues they care about through outreach and the company’s work with non-profits.

“I’m passionate about solving problems in new ways. It’s in my blood.”