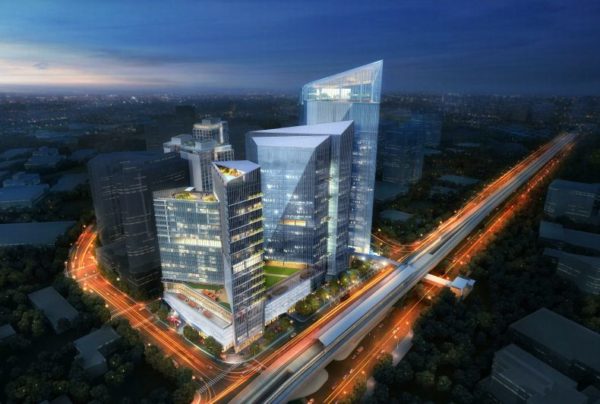 A new tower is coming to Tysons’ skyline and snapping up the “tallest building in the region” title.

The tower is apart of Clemente Development Co. plans for The View development, which won approval from the Fairfax County Board of Supervisors last night (Tuesday).

The mixed-use development by the Spring Hill Metro station will add six buildings, including the 600-foot-tall building that will reach higher than Capital One’s headquarters.

Known as the Iconic Tower, building plans to capitalize on its height with a publicly-accessible botanical garden and observation deck.

The development has been praised for its varied building heights and sleek design, but the Iconic Tower’s height of 600 feet — 200 feet above the maximum for Tysons buildings — has received some criticism from the McLean Citizens Association.

Dale Stein, the president of MCA, said that the height “breaks the trust of the community.”

However, the supervisors felt differently.

“If we keep that 400-foot level… we will have a collection of 400-foot shoeboxes defining our skyline in Tysons,” Smyth said, adding that people are “starting to see that already.”

Dranesville District Supervisor John Foust said that while he understands the MCA’s position about the height, “I don’t necessarily agree with that concern.”

Supervisors also lauded the development’s planned entertainment uses, which include a black box theater, art walk and open-air theater, along with a nearby community center.

“We’re no longer suburbia,” Smyth said. “We are going into the future with this.”