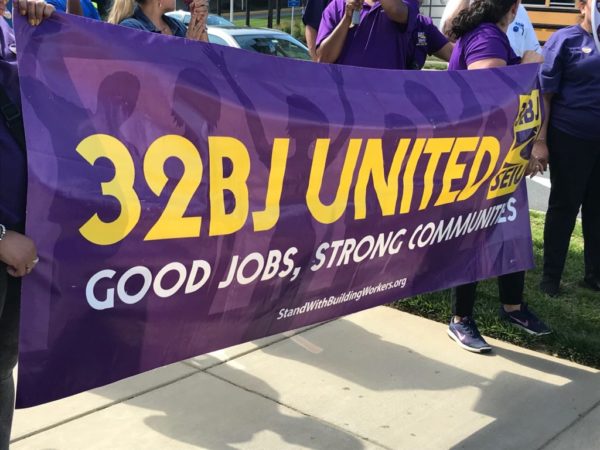 A janitors’ union has tentatively reached a contract agreement with commercial cleaning companies in the D.C.-area — avoiding a strike that could have affected Tysons offices.

The janitors’ union was planning two strikes later this afternoon ahead of the approaching deadline for the new contract agreement.

The strike was meant to demand wage increases and full-time hours — some janitors currently earn $12.60 per hour for part-time work in Northern Virginia, according to the union.

In total, the strike would have hit more than 1,200 office buildings in D.C., Virginia and Maryland, according to the press release.

Union spokeswoman Julie Karant told Tysons Reporter that more than 4,000 janitors and 500 buildings in Northern Virginia would have been affected by a strike.

Some of the Tysons office buildings were the janitors work include:

The deal, which covers more than 10,500 jobs, is pending approval by union members, and the union plans to release more details on Monday, Oct. 20, “pending a ratification vote by union members,” the press release said.

“Associated Building Maintenance Co., Inc. remains the only employer out of 58 companies that has not signed the agreement,” according to 32BJ SEIU.