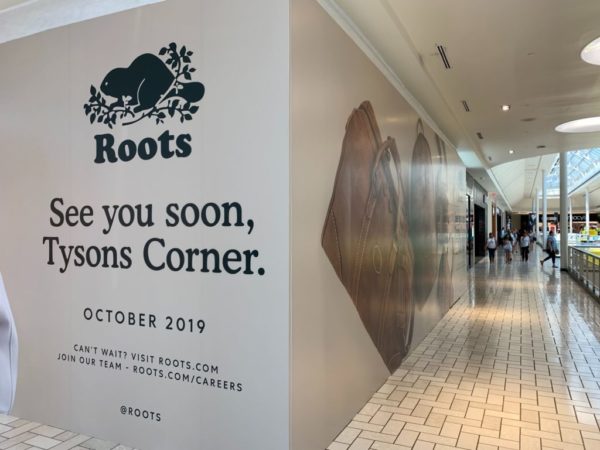 Back in June, Tysons Report spotted a sign outside the former Aldo space on the second level by the Victoria’s Secret, saying that Roots would arrive in October.

The clothing brand has now announced that the store will open on Thursday, Nov. 7, according to a spokesperson for the company.

Started in Toronto in 1973, Roots sells women’s, men’s and kids’ clothing, with a focus on leisurewear and leather goods branded with the beaver logo.

For shoppers who can’t wait until November, Roots has stores in the Fashion Centre at Pentagon City and Georgetown.