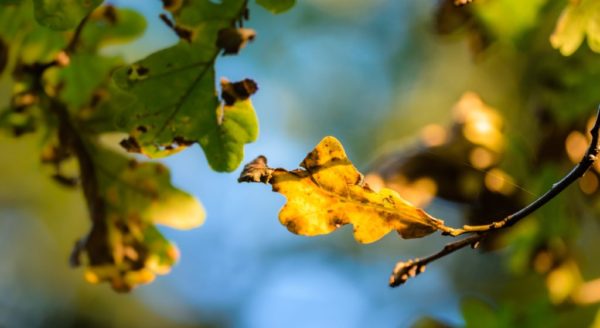 The red oak trees in the City of Falls Church are dying — and no one knows why yet.

At a recent Falls Church Tree Commission meeting, members said they noticed sick trees on city property and are confused about what is threatening the red oak population. Members brought up a theory, saying that a disease called leaf scorch may be to blame.

Kate Reich, the city’s arborist, said that the red oaks are showing signs of browning leaves and dying branches — both common signs of leaf scorch.

Leaf scorch can affect all shade trees and commission members at the meeting said they were unsure why the disease is just affecting red oaks.

If leaf scorch is to blame though, “At least half of our native trees are susceptible,” a commissioner said at the meeting.

The Tree Commission is unsure how many trees are affected by the illness because they are unable to account for sick trees on private property. Reich said she wants homeowners to be aware of the issue so they can eventually take steps to save their trees.

The commission is waiting to see if their theory is confirmed from samples of the dying tree sent to Virginia Tech for laboratory testing. Reich said that once they know the root of the problem, they will decide on a course of action.

“We don’t normally control tree diseases. Focusing on just a few trees takes scarce resources away from managing the whole tree population,” Reich said. “But enough red oaks are affected now that we decided this year to see if it will be practical to manage the problem.”

If leaf scorch is the cause of the problem, the commission said that they can give affected trees antibiotics to fight the bacteria and also relieve tree stressors such as crowding and drought.

Reich said the treatment is expensive though, and they don’t know how much it will cost until they decide how many trees to save.

“There is no treatment that is long term,” Reich said, adding that antibiotics only last up to three years.

Commission members said that they would want to focus on saving older trees with a strong branch structure.

Untreated trees will likely die according to Reich.

Photo via Dominik Scythe on Unsplash