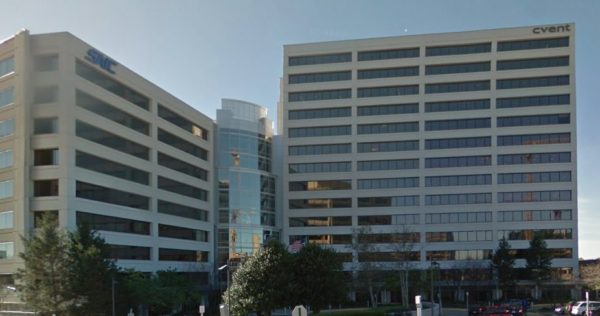 Vest originated in 2012 as an independent entity before partnering with the international investment firm C’boe. Instead of renaming the company, they integrated the two titles and became C’boe Vest (1765 Greensboro Station Place).

The company attempts to create a safer model of economic investment by offering a type of “insurance,” CEO Karan Sood told Tysons Reporter.

The company markets their products and services to financial advisors who in turn manage investments and money for single entities, like families or individuals.

“We have a unique product for the marketplace. In some sense, we compete with anyone who helps make investments,” Sood said.

C’boe Vest offers a service called “Target Outcome Investments” that sets them apart from the pack, Sood said. Their models work with financial advisors to protect their investors from the natural risk associated with the stock market.

The U.S. Patent and Trademark Office ruled in the past that many tactics of investment companies are not eligible for patents and the office discourages startups from applying for them, Sood said.

Investment companies are required by law under the U.S. Securities and Exchange Commission to disclose certain aspects of their business model that makes a patent difficult to obtain. Sood told Tysons Reporter that they don’t necessarily see this as a problem as the company tries to be transparent with clients.

“Our secret sauce, so to speak, is out in the open,” Sood said.

There are three smaller startups testing out similar models to C’boe Vest, but Sood doesn’t seem worried that they are trying to “emulate” its models since he said C’boe Vest has the experience and innovation on their side.

When the company first opened its Tysons headquarters in 2014, Sood said that they assumed the location would be temporary. They chose it because it was a central meeting point for employees, the co-founder was from the area and real estate was affordable, he said.

“I got the sense there was more capacity here,” he said.

Sood still said he considers the company to be in its startup stage. “We think of ourselves as a pioneer.”