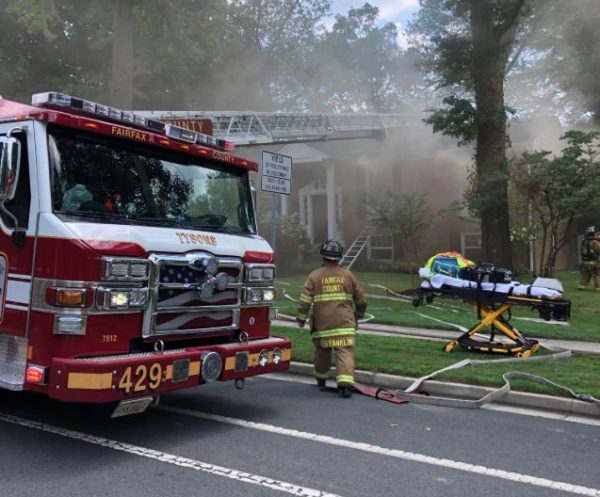 A fire that broke out in a Vienna home caused roughly $125,000 worth of damage and displaced four residents, the fire department said.

Fire investigators have determined a malfunctioning space heater ignited combustible items, causing the accidental home fire in the 400 block of Old Courthouse Road, according to Fairfax County Fire and Rescue.

“A Vienna police officer was patrolling the area and noticed smoke pushing out of a basement window and notified Vienna [Police Department] dispatch,” the fire department said.

Firefighters responded around 2 p.m. on Sunday, July 28, and “quickly extinguished” the fire in the basement in a two-story, single-family home.

No firefighter or civilian injuries were reported. Four residents were offered Red Cross assistance, which they declined.