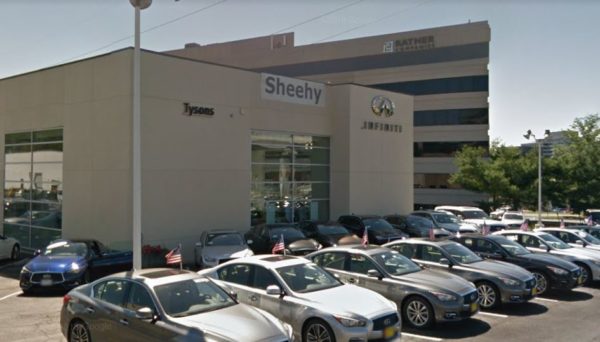 Fairfax County police are looking for whoever stole two Infiniti cars from a Tysons car dealership after a burglary in June.

The incident occurred around 1 a.m. on Thursday, July 25, at the Infiniti dealer (8527 Leesburg Pike).

“Someone broke into the building and stole a 2012 Infiniti QX 56 and a 2008 Infiniti M35,” according to the crime report. Police said both cars were found in D.C.

Back in June, someone stole a 2011 Infiniti G35 and a 2010 Infiniti FX35 from the same dealership around the same time in the morning, police said.

In a separate incident on the same day last week, police said someone broke into Caliber Collision (1572 Spring Hill Road) and stole keys around 12:30 a.m. — making it the second time burglary this month at the auto body repair and paint shop.