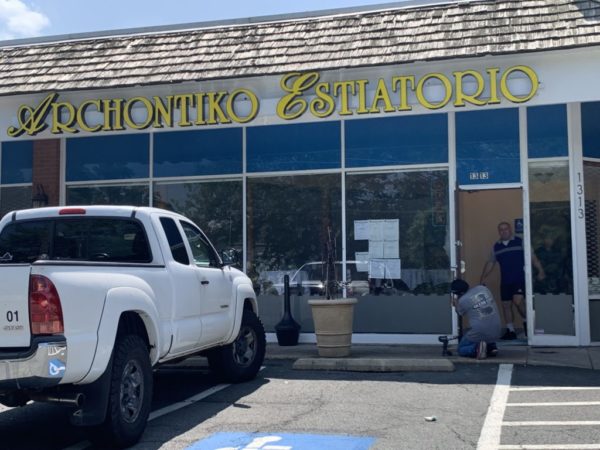 A Mediterranian restaurant in McLean is still facing nearly a full year of delays.

But while the restaurant had originally aimed to open last November, owner Theodoros “Ted” Theodorou said the restaurant is now looking at an opening sometime in August.

Theodorou said that much of the work inside is completed, but they still need to pass a few final inspections before they can open.