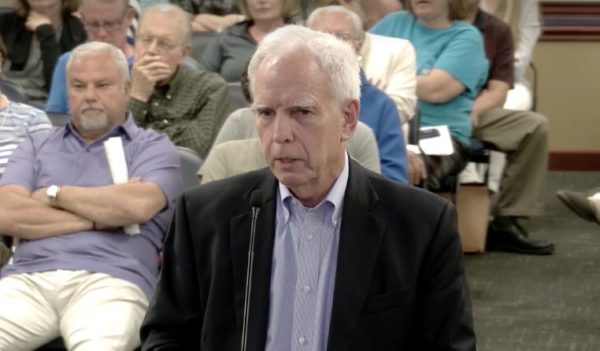 The Vienna Town Council delayed voting on the controversial 380 Maple Avenue redevelopment to allow the developers and residents more time to try to reach a consensus through a mediation process.

After more than half of a dozen meetings and multiple changes by developer Dennis Rice, a mediation process started last month between the citizens and developers to see if they could achieve consensus on the project.

In an update to the Vienna Town Council on Monday (June 3), Ray Brill, a Vienna resident who offered to mediate the discussions, said that six neighbors and two developers met for two hours on May 28.

“We talked primarily about lowering the density and the height, and we offered a modification that might have a terrace effect so there wouldn’t be four floors from [the neighbors’] point of view,” Brill said.

Brill said that the two upcoming meetings on June 6 and June 13 should determine the fate of the project.

“It seems they made a good faith effort to discuss it,” Brill told the Town Council. “I think these two meetings should either decide that we can come to a compromise or we cannot.”

The Town Council decided to delay voting on the project to Monday, June 17, to allow time for the two scheduled mediation meetings.