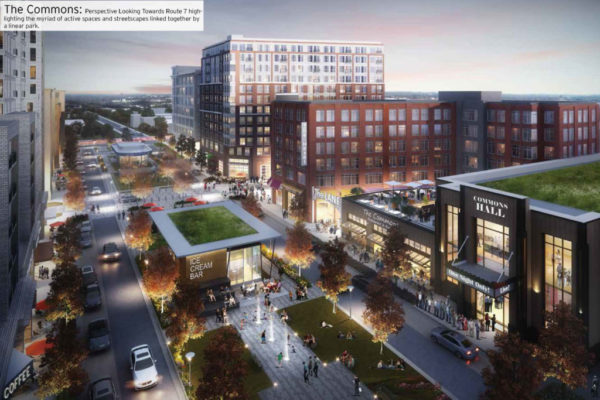 The Falls Church City Council recently voted to move forward a series of developments that would transform the area south of the West Falls Church Metro station into a new commercial center and gateway into the city.

The council unanimously approved the signing of a comprehensive agreement with EYA, PN Hoffman and Regency Centers for their planned development of nearly 10 acres at the George Mason High School, the Falls Church News-Press reported.

The current George Mason High School is set to be demolished and replaced with a new commercial area like the Mosaic District in Merrifield.

The approval of the comprehensive agreement now allows the Falls Church City Schools to solidify plans for the construction of a new high school next to the current one, the Falls Church News-Press noted.

The council decided to delay a final vote to July 8 on the specific exception entitlement after the development faced last-minute changes, which included removing the structured parking lot near the new high school and reverting back to a surface lot for school use, according to the Falls Church News-Press.

Rendering via City of Falls Church