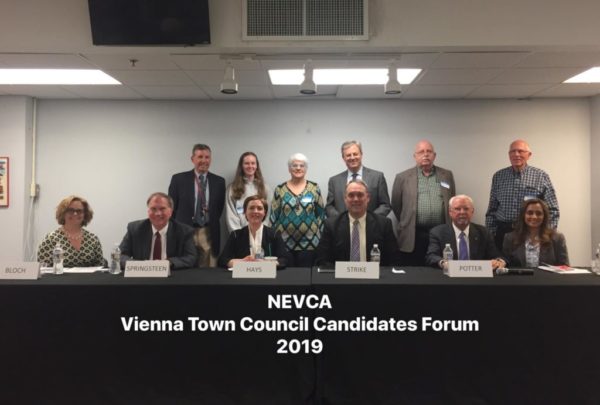 Maple Avenue development is in the spotlight for Tuesday’s (May 7) Vienna Town Council election, with two incumbents facing off against four challengers for three council seats.

The Vienna Voice, the official town newsletter, recently profiled the Vienna Town Council candidates. Several of those profiled said they are concerned about the scale of new developments planned for Maple Avenue and are running to preserve Vienna’s “small town feel.”

The following candidates are listed as their names will appear on the ballot:

Local residents who are registered can vote at the Vienna Community Center (120 Cherry Street SE.) from 6 a.m.-7 p.m.