Fairfax County’s violent crime rates slightly decreased this year compared to last year, according to a new report from the police department.

The new data comes from FCPD’s annual crime report, which the department released today (Friday). The 64-page document reports a decrease in violent crime rates between 2017 and 2018 for homicide, rape, robbery and aggravated assault. 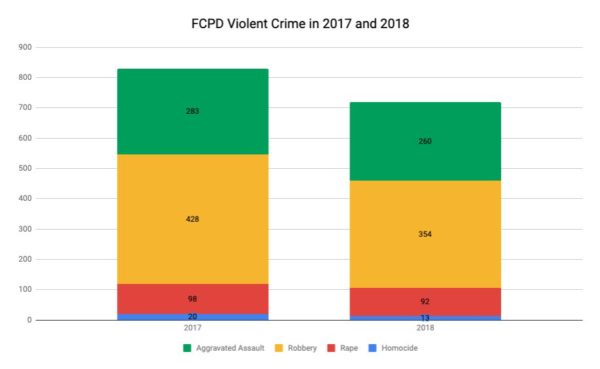 The report also provides comparisons between FCPD’s eight police districts for the number of driving while intoxicated (DWI) arrests, citations and dispatched calls.

The McLean District, which covers Merrifield, Dunn Loring, Falls Church, McLean, Tysons Corner and Great Falls, fell on the higher end for the number of DWI arrests with 251 last year. 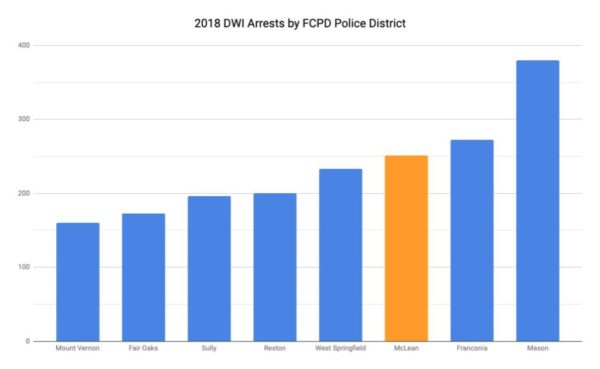 The report says that officers from the McLean District teamed up last year with Fairfax County Public Schools to support “International Walk to School Day” to reduce traffic congestion and pollution near schools as the county grapples with transportation infrastructure challenges.