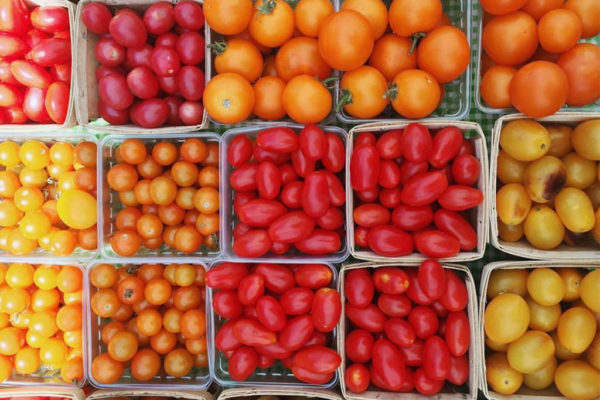 (Updated 4 p.m.) Fairfax County wants to make it easier for locals to garden and for farmers markets to operate.

As the county gets denser, residents are finding new ways to get in touch with their green thumb. A series of zoning changes planned for discussion at tomorrow’s (Wednesday) Planning Commission meeting would loosen restrictions around gardening and farmers markets.

The proposals would create a new “community garden” use in the zoning code. These gardens could be located on either the ground floor or rooftop and could be considered common open space by right, meaning no additional zoning requirements would be required for approval.

According to the staff report on the amendment:

Analysis of community gardens by Fairfax County showed that most occupy less than two acres of land, but gardens proposed above two acres could still be approved with a special permit from the Board of Zoning Appeals.

The changes also remove a restriction that only allows gardens on side or rear yards of single-family residential lots. Gardens could be allowed in front yards, provided they are no closer than 15 feet to the front of the lot and limited to 10 feet squared in area.

The zoning changes would also loosen up restrictions on farmers markets. Currently, farmers markets are a temporary special permit with what the report calls “significant restrictions.” They are currently only permitted to sell seasonal or perishable produce between April and November and only on lots that front arterial streets.

But the report recognizes that farmers markets have evolved substantially since those regulations were written and have expanded the to food beyond just produce.

The new regulations would permit farmers markets for two-year periods and allow year-round operation. The markets would also be allowed to operate away from major roads, a rule that the staff report said half of the existing markets ignore anyway.

The only restriction on merchandise at farmers markets would be that items for sale must be farm products or products derived from a farm, like salsa using ingredients from a farm.

The changes are planned to go to the Board of Supervisors on June 25, and if approved, could take effect by 12:01 a.m. the day after adoption.

“Staff believes that this amendment provides a balanced approach to providing easier access to fresh, healthy food to residents in all areas of the County,” staff said in the report, “while ensuring that the uses of community gardens, farmers markets, and residential gardening are established to be good neighbors.”