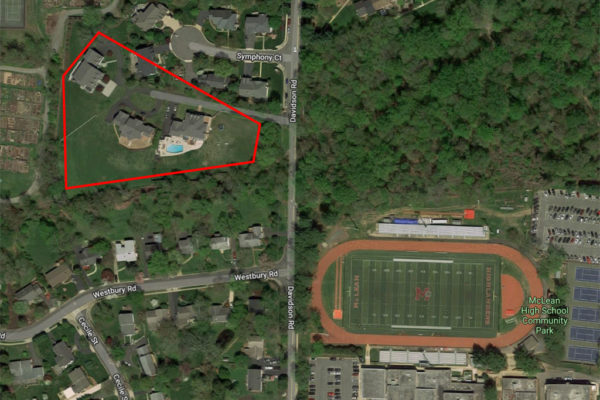 A teen-focused rehab center is planned to open across from McLean High School and some nearby residents are not pleased.

An employee at the Newport Academy confirmed that a new center is planned for McLean, but that the facility is still going through state and medical licensing.

The employee said the new facility is several months away, at least, from opening. But the company does have at least 18 jobs listed as available for the site, from an executive director to tutors and chefs.

A discussion group was started on Facebook on April 4, with some neighbors expressing concerns on everything from increased street traffic to drops in home values. A few others pushed back against the concerns and said they hoped neighbors would avoid “Not In My Back Yard” syndrome.

In an email to local residents, Dranesville District Supervisor John Foust wrote that group homes in residential neighborhoods are typically considered “by right” uses, meaning there’s no requirement of public notice and no zoning approvals needed from the county.

Foust also noted that the Fair Housing Act makes it unlawful to discriminate against individuals because of a handicap or disability and that the Code of Virginia requires local zoning ordinances to consider a “residential facility in which no more than eight individuals with mental illness, intellectual disability, or developmental disabilities reside, with one or more resident or nonresident staff persons, as a residential occupancy by a single family.”

While the group’s license application is still pending before the Virginia Department of Behavioral Health and Developmental Services, Foust said approval would hinge on qualifications and quality of care, not local land use concerns.