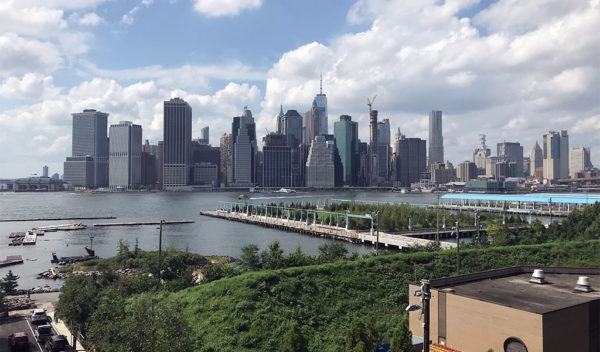 Earlier this week we detailed Tysons’ eight districts and the fact that its 3.3 square miles is larger than the area between the Lincoln Memorial, Union Station, and the Wharf in D.C.

Thanks to a tweet from commercial real estate researcher Michael Rodríguez, below, we can now also compare the size of Tysons to Manhattan.

Rotated 90 degrees, the borders of Tysons stretch from the tip of lower Manhattan to 22nd Street, while its top and bottom reach from the Hudson to the East River.

Tysons, with its 30 million square feet of office space, still has a ways to go to catch up to New York City’s 544 million, but already Tysons has more office space than cities like Minneapolis, Baltimore, Tampa and St. Louis, according to the Tysons Partnership. And plenty of additional development is on the way.

Folks, here is the Tysons "urban development area" in relation to the region, and also as superimposed on D.C. for scale. It would basically be Foggy Bottom towards the other side of the Capitol pic.twitter.com/d6BhAJlB7E