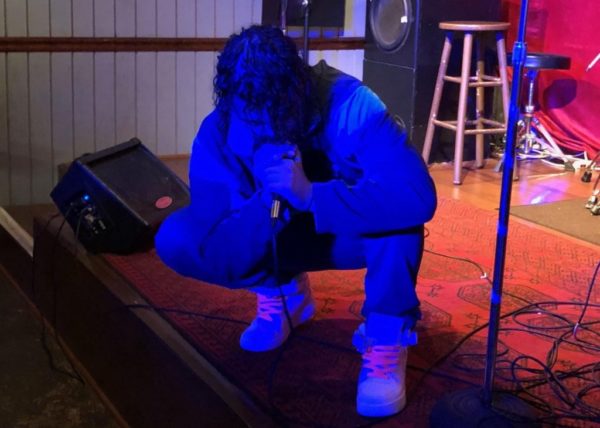 Nightlife may be one of Tysons’ weak spots, but local music in the area has a long history — and a wide-open future.

The Fairfax scene is very diverse, drawing on artists who are local to the county as well as those from elsewhere in the greater D.C. area.

Emblematic of that diversity is an upcoming performance on Saturday, March 23 at the VFW post in west Falls Church. Six different acts will be playing music — two punk groups, three rappers representing a variety of styles and an indie rock four-piece.

D.C. is famous for its historical punk scene, with names like Fugazi that defined a sound across the entire country — but much of that scene happened on the southern side of the Potomac. Although not all of its current residents are aware, Northern Virginia has a strong tradition of independent music. In the 1980s and ’90s, most of that tradition was being made in Arlington.

The little county was home to the nationally-successful punk group Minor Threat, whose frontman Ian MacKaye later starred in Fugazi, as well as many other bands. It also boasted the Dischord and Teenbeat record labels and the Positive Force activist group, which was closely associated with the “Riot Grrrl” feminist movement.

These groups were often based out of houses, dotted across Arlington. The county was successful musically because it was cheap and offered easy access to the city — but, unfortunately for the punks, the rest of society caught on.

Today, the median home on the Arlington market is listed at over $700,000, and there aren’t many places left in the county for young musicians living on a shoestring budget. In the words of Positive Force co-founder Mark Andersen, “there was another Arlington that existed, and that was a much more humble Arlington.”

In some ways, Fairfax carries on that tradition. By offering (relatively) affordable performance spaces, a large population of potential audiences and a wide network of musical collaborators, the county has a lot to offer a young musician.

There are some major differences, though: today’s scene isn’t only about punk music. Also, it’s less tied to D.C. than it used to be, and has more potential to define itself as “NOVA” music.  It does face some obstacles, though, including the drain of talent and attention to nearby cities like Richmond and Baltimore, and, as in Arlington, the difficulty of coexisting with some of the most desirable residential neighborhoods on the East Coast.

To understand what it’s like to record and perform in Fairfax today, Tysons Reporter spoke with Jason Saul, a melodic rapper native to the area.

Tysons Reporter: First, how did you get to be making music in VA?  Are you originally from the area?  When did you start rapping, and what’s driven you to the style you use?

Jason Saul: I was born & raised in NOVA. I started writing music when I was 13 but it was never anything super serious… Once I turned 20 I realized there wasn’t anything else that brought me the amount of joy that making music does. So now I’m seeking to make music my career. My style comes from influences of music that I listened to when I was young. I’ve always enjoyed storytelling or making music the correlates with the listener. To me, music is all about feeling. Eventually I started to make more melodic music since that’s what I always gravitated towards.

Tysons Reporter: Second, what should I know about the NOVA scene in general? How does it compare to other scenes around the D.C. area — does it have a particular identity compared to, say, D.C. or Maryland? Is it known for particular styles, or for particular venues? Do you want to stay around here, or, if not, where would you go?

Jason Saul: The NOVA scene is very interesting when it comes to music because I see it as a big question mark on the creative map. No one can really say NOVA has a particular sound, and I think that stems from no one really making it out on to the mainstream platform yet. I know there’s Kali Uchis but that’s just one artist. I respect D.C. a lot because it’s so rich with culture but I would definitely separate NOVA from D.C. just because it really feels like two different worlds. MD in my opinion is known for their raw rapping which is great. It’s up to NOVA to see what we come up with now. I’d love to stay here and I probably will but I also enjoy the weather in the west coast.

Tysons Reporter: Third, it’s pretty cool to see this wide a mix of sounds at a single show. Is that standard, would you say, or is this unusual? If it’s unusual, what helped bring it together this time?

Jason Saul: It’s very exciting to see a show like this going down because it’s bringing different groups of people together. I wouldn’t say it’s the ordinary but it’s definitely going to be a good show and should happen more often. What helped bring it together was the relationships some of us have outside of music, just knowing each other really. This gives the audience and artists a great opportunity to discover some music they never thought they’d listen to.

To listen to some of Fairfax’s local musicians, check out these artists, who will be performing at 6:30pm – 11pm on Saturday, March 23, at the VFW Post #9274 (7118 Shreve Road), just 10 minutes from Tysons on Leesburg Pike. There will be a $5 cover charge, and Respawn Thrift will be selling vintage clothing.