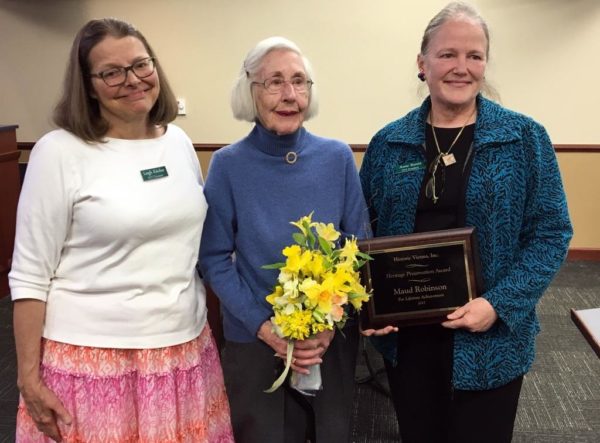 It was fitting that the announcement of Maud Robinson’s death yesterday (Monday) was made public at that night’s Vienna Town Council meeting, a place she and her husband, Charles, had spent decades.

Robinson died at 96 in Inova Fairfax Hospital, one month shy of her 97th birthday.

Robinson had served on the Vienna Town Council from 2000 to 2009. Robinson was also one of the founding members of the town’s board.

At the Town Council meeting, members praised Robinson as a leader in the town and a mentor for many members of the city’s leadership.

“She was a shining example of a lifetime of service,” said Mayor Laurie DiRocco. “She’s been involved in every aspect of life. Her commitment to the town of Vienna unparalleled… I can’t think Maude enough for all she’s done. Her passing is the end of an era.”