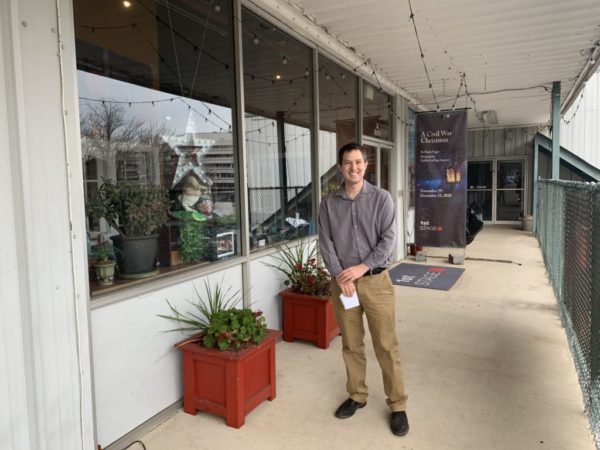 Levy said on the show that before he came to Tysons, he’d heard it called a cultural wasteland — comparing it to the spots on old maritime maps where it’s just mermaids and openness.

“As I got here, that’s the conversation I heard forever, that this thing doesn’t belong out here,” said Levy. “But as soon as the company started, there was a great love for it because people want the arts in their community. They need it in their community.”

The theater is located above a garage and a salsa/bachata nightclub and Levy said many visitors don’t realize the theater is there until they walk inside.

“Anybody who has driven around Tysons, the thing you see most is a crane,” Levy said in the interview. “Most of what they’re building are large residential buildings. One of the reasons I moved my family to this community was to be a part of that conversation… You can’t build a community — the thing Tysons wants to be — without a cultural life.”

The 1st Stage Theater recently wrapped up performances of “The Brothers Size” and the next show, “columbinus,” is scheduled to start March 28.