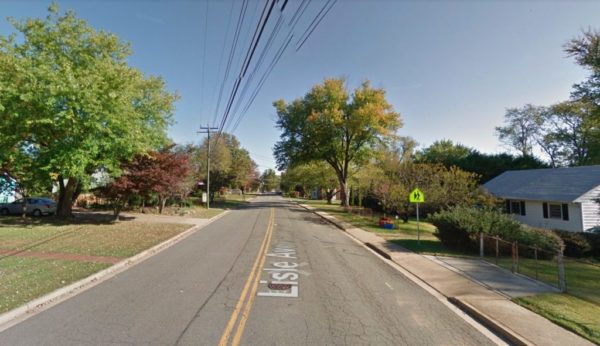 Fairfax County officials are hoping a new lane restriping on Pimmit Hills streets can trick speeders into slowing down.

But staff said adding clear designators of the parking spots could give the street a “narrowing effect” that has been shown to reduce excessive speeding.

The actual size of the lanes doesn’t change, but the narrowing can have a psychological impact on drivers and reduce the feeling of wide-open roads that lulls drivers into the idea that it’s safe to speed.

“We see reductions in outlying speeds of 10-20 miles above the speed limit on traditionally wide roads,” said Chris Wells, bicycle and pedestrian program manager for FCDOT. “These narrower streets benefit in eliminating the fastest speeders.” 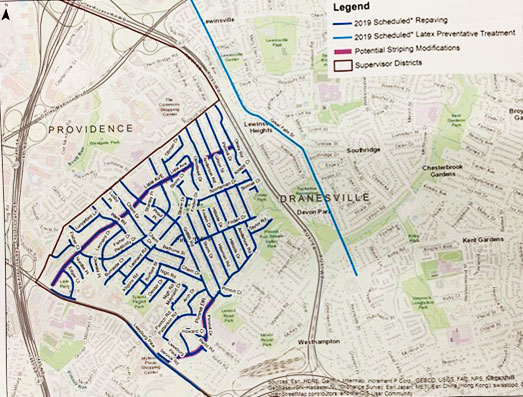 Normally, Wells said he would like to see bicycle lanes added, which would also have the narrowing effect, but that the only way to introduce bike lanes would have been to take away street parking.

The lane changes are being planned as part of the Virginia Department of Transportation’s planned repaving of the entire Pimmit Hills Neighborhood.

Allison Richter, liaison for Fairfax and Arlington counties for VDOT, said that Pimmit Hills had been on the schedule for a while, but water line work in the area meant VDOT held off because they didn’t want to put down asphalt only for it to be torn up again.

The timeline of when the repaving and restriping will take place is vague, occurring sometime between April and November. Richter said VDOT lets contractors select their own schedule as a cost-saving measure, but more exact dates will be known closer to when work starts.

At the meeting, a half dozen local residents also urged officials to look at the intersection of Pimmit Drive and Route 7, which they said is terrible for pedestrians and faces frequent backups into the Trader Joe’s parking lot. Wells said staff would look into what could be done to improve the location, but they’re restrained at the moment to the project’s scope.