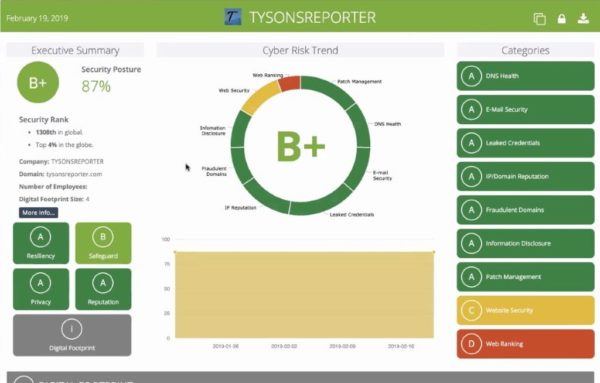 When hackers try to break into a website, they probe the site for vulnerabilities.

Mohamoud Jibrell, CEO of Tysons-based startup NormShield, says that’s where his company comes in. NormShield searches a company’s website and infrastructure for those same vulnerabilities, so it can shore up defenses later.

Yesterday, the company announced that it had secured $3.5 million in seed funding that will allow the company to expand the scope of it’s operation and begin targeting sales.

“The majority of that funding is going to give us ability to scale,” said Jibrell. “None of our competitors in the market can do what I did. But our reach is limited, we didn’t have the sales people and engineers. So one way this is going to help us is expand our reach and we can sell to more customers.”

While NormShield isn’t the only company testing vulnerabilities, it’s a pretty standard part of the industry, Jibrell said NormShield’s strength is in combatting access through vendors or suppliers.

When Target was hacked in 2013 in one of the largest data breaches to ever hit a retailer, it wasn’t through the main company’s infrastructure. Jibrell said the hackers targeted a tiny company that handled heating and air conditioning service for the store. The hackers were able to access Target through a connected network and steal access to millions of credit cards.

Jibrell said larger companies often use hundreds or thousands of suppliers for various jobs, and NormShield is able to relatively quickly scan those websites and report back which ones are most vulnerable.

“Capital One, for instance, has thousands of suppliers,” said Jibrell. “It doesn’t make sense to run scorecards for all suppliers. But if they have 50,000 suppliers, with us we can run that every night and can only alert Capital One when there are [serious problems].”

Currently, Jibrell said the company is able to run anywhere between 10,000 to 15,000 checks overnight. But as the company grows, he says there are larger clients with larger needs.

“We need to expand our reach and improve our name recognition,” said Jibrell. “But at the same time, as customers increase, we don’t want to create a bottleneck. Today, 15,000 scorecards overnight. Want to be able to do 150,000 overnight or a million a week. So far, we’ve been trying to be frugal and didn’t want to spend on infrastructure for that level of scale. That money will allow us to create that so as we get more customers, we have the capacity to support.”

Jibrell said the company currently works with around 50 clients, ranging from small non-profits to larger banking and technology companies. But Jibrell also said it’s been the founders who have been making most of the sales calls, so the company is going to start looking to hire a new sales team and begin to exhibit at tech conferences.

Most of the half-dozen new jobs will be split between the company’s Tysons and Boston locations. Jibrell said they will be looking specifically for accountants and salespeople.

For Jibrell, Tysons is home, so it’s important to keep the company rooted here. But the location also gives NormShield access to talent at several local technology incubators, like MACH 37.

“[This area] has that community so that’s a big advantage,” said Jibrell. “That comes with talent, a lot of cyber talent in this area. It’s easier for us to grow and hire more technical people here than we would in Silicon Valley or New York.”