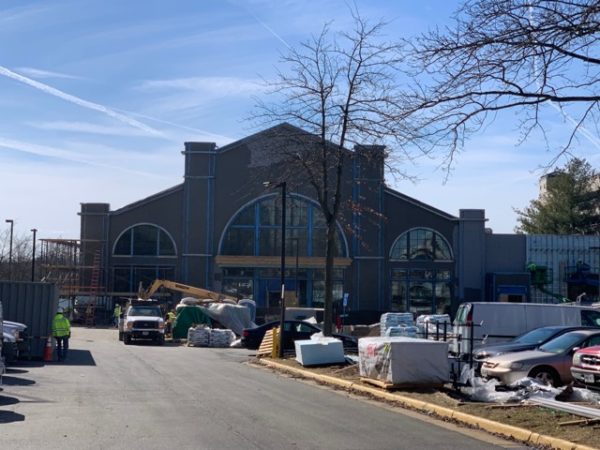 Update on 2/16/19 — In a Facebook post, Great American Restaurants announced that the new location will be a “coupling” of Patsy’s American and Randy’s Prime Seafood and Steaks. According to the post:

We are excited to announce, Patsy’s American and Randy’s Prime Seafood & Steaks will be “coupled together” on Leesburg Pike in Tysons Corner – with Best Buns Bakery & Cafe opening next door. Named by children Jill, Jon and Timmy Norton – and Great American Restaurants – in honor of founder Randy Norton and his wife Patsy Norton’s 50 years of marriage and nearly five successful decades dedicated to the hospitality industry.

The new Great American Restaurants eatery reported a few weeks ago was unnamed at the time, but could be the American Seafood Steaks Bakery & Café, which filed permits last week for the same address.

It’s a mouthful, but it accurately describes a planned restaurant said to have bakery, American food and sports bar components.

The new restaurant is being built at 8051 Leesburg Pike, formerly the site of a Chili’s and On the Border Mexican Grill & Cantina, before both were torn down.

The new location is under construction, with a manager at a nearby location from the same company saying the new restaurant was planning to open in June or July.

According to a legal notice in the Washington Post, the restaurant is currently seeking approval to sell alcohol at the site as well. The license is being filed under the name “Fred’s Food Group LLC,” whose only online reference is in connection with this restaurant.