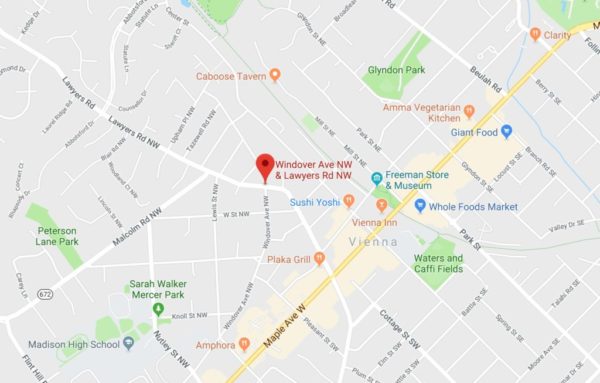 A wallet was stolen in Reston — and several of the cards inside wound up in Vienna the next day.

The discovery was made Saturday morning at the intersection of Lawyers Road and Windover Avenue NW.

“A citizen was walking their dog when they found a driver’s license and a store card on the road and brought them to the police station,” said this week’s Vienna Police Department crime report. “When an officer notified the owner, they were advised the cards were in their wallet which had been reported as stolen in Reston, Virginia the previous day.”

The wallet, its other contents and the person who took it remain at large.