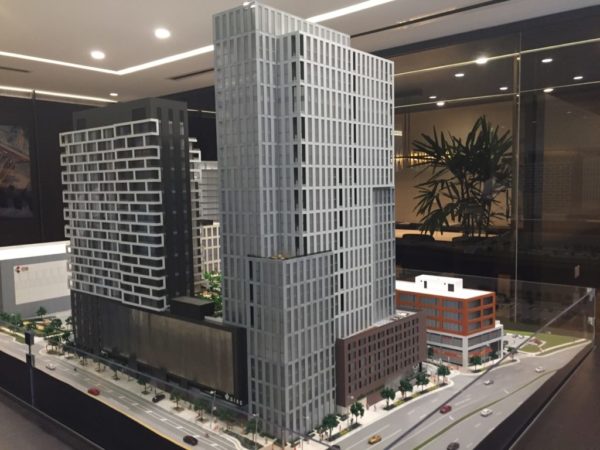 A brand new suite of retail options has just been announced for The Boro, a large development near the Greensboro Metro station planned to compete with the Tysons Corner Center mall as a commercial hub.

The largest of the new tenants is a two-story Ethan Allen furniture store, according to a press release from the Meridian Group. The store is relocating from a Route 7 location and opening a 11,500-square-foot location at the corner of Boro Place and Westpark Drive.

Six other new retail locations were also announced, including:

The new stores are scheduled to open alongside the 69,000 square-foot Whole Foods Market, ShowPlace ICON Theaters, and other retail sometime later this year. The exact date has not been announced.