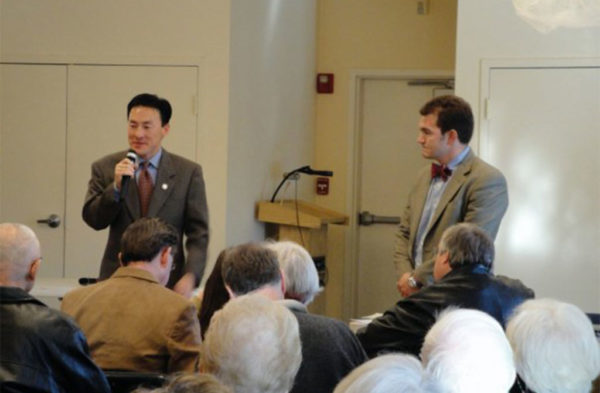 If you’ve been one of the local policy wonks closely following the new legislation put forward by your state representatives, next Saturday is your chance to have your voice heard.

A town hall meeting is scheduled for Jan. 26 from 9:30-11:30 a.m. to discuss the latest news out of Richmond. State Sen. Chap Petersen (D-34th District) and Del. Mark Keam (D-35th District) are scheduled to host the meeting and share their insight into what to expect from this year’s General Assembly session.

The candidates will also be available to address questions and concerns from residents.

Keam recently made waves for taking an active role in the fight against the Atlantic Coast Pipeline.

If you want to make things awkward at the meeting, bring up that Petersen opposed a two-term governorship that Keam had championed in the House of Delegates.