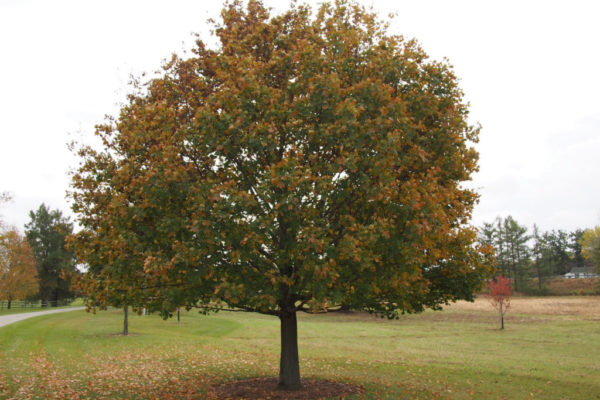 A killer is stalking Vienna’s streets, leaving at least 30 of the town’s Norway maples dead at an alarming rate.

“We’ve noticed a lot of dead and dying Norway maples,” said Town Arborist Gary Lawrence. “These deaths are not slow. They’re sudden and in groups.”

Leslie Herman, director of the Department of Parks and Recreation, said the mysterious deaths of Norway maples comes on the heels of the emerald ash borer completely wiping out the town’s supply of ash trees.

At first, Lawrence said he made the assumption that the clumps of dead foliage were ash trees. The two share some visual similarities. While most trees have alternating branches, like steps up the tree, ash trees and maple trees are among the few trees with opposite branches. But on closer look, Lawrence realized the trees were maples and didn’t have the telltale signs of ash borer infestation — holes where the bugs emerged from the trees and stripped bark from woodpeckers in a feeding frenzy.

After realizing the dead trees were maples, Lawrence said he began to see more of them around the town. So far, whatever is killing the trees has targeted only the Norway maples, leaving others — like the town’s red maples — untouched. There was a group of six Norway maples that were healthy and strong last year, but Lawrence said when he returned to them this year they were all dead.

“There’s still plenty of healthy Norway maples, but I’m concerned by how quickly [this is happening],” said Lawrence. “There’s a pattern here. It’s not random.”

One of the most confusing aspects is that the phenomena seems isolated to Vienna so far. Lawrence said he’s been keeping his ear to the ground for buzz about Norway maples being killed in other parts of the country, but hasn’t heard anything.

So far, Lawrence said his suspicions about what’s causing the deaths are still a hypothesis.

“I have no answer for the maples,” said Lawrence. “A wild guess is that it’s some kind of soil-borne disease. I’m guessing it’s soil-borne because it seems to affect the root system, because of the quickness of death. Usually insects, other than the ash borer, are a secondary problem.”

The topic came up during last night’s Vienna Town Council meeting during a request to increase funding for tree removal as a result of the ash tree epidemic. Lawrence said the ash trees were scattered in small batches throughout the town and native, rather than town-planted.

“It’s a substantial amount of trees,” said Lawrence. “It is a major impact to the budget. The trees die quickly, and because of the quickness of their death they become brittle and fall apart quickly.”

In addition to the beetles and mysterious maple killer, Lawrence said the record-high rainfall has also made it a difficult year for local trees.