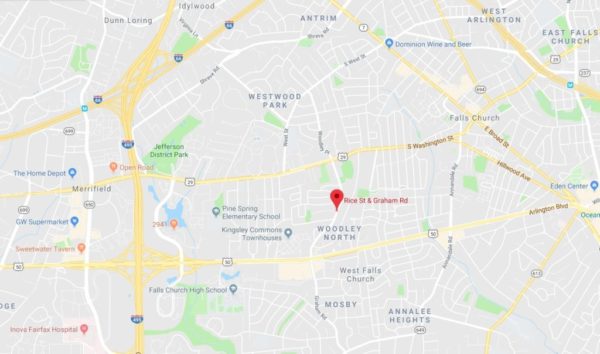 A car chase ended with the suspect crashing into a utility pole early Monday morning.

The chase happened around 2 a.m. in the West Falls Church area. Fairfax County Police say an officer noticed a car driving erratically and tried to make a traffic stop, but the driver took off. The chase came to a quick end when the driver ran into utility wires.

More from an FCPD crime report:

PURSUIT/DWI: Graham Road/Rice Street, 1/7/19, 2:08 a.m. While on patrol, an officer observed a car that was driving erratically. The officer activated his emergency equipment and the car failed to stop. After a short pursuit, the vehicle came to a stop colliding with utility wires. 52-year-old Romulo Aparicio, of Falls Church, was arrested and charged with DWI, felony speed to elude, driving on a revoked license, and driving while a habitual offender. No one was injured during the pursuit.