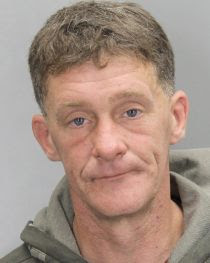 (Updated 7:20 a.m.) Fairfax County Police say a pizza delivery driver was finishing up a delivery on Monday in the Gates of McLean neighborhood in Tysons East when he saw a man climb into the car and drive off.

According to a crime report, the theft took place around 10 p.m. The vehicle was unlocked with the keys in the ignition and the engine on while the delivery driver went up to the residence to drop off the food.

“While returning to his vehicle, he saw a man get in his car and drive off,” FCPD said.

“Officers found the car with the man sitting in the driver’s seat. Stolen property belonging to a resident that lived nearby was located inside of the vehicle as well,” said police. “Michael Louk, 47, no fixed address, was charged with auto theft, vehicle trespassing, and grand larceny.”