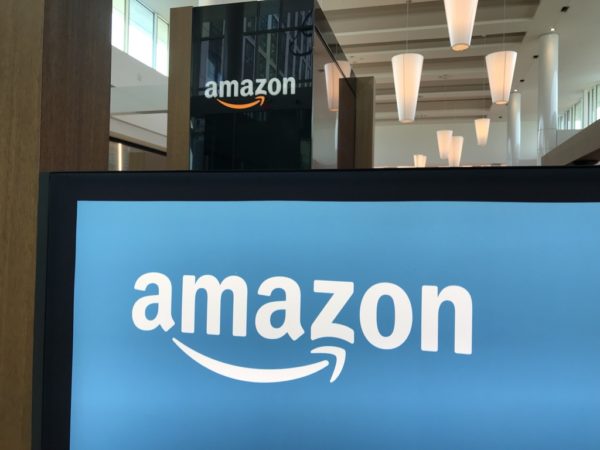 It’s official: half of Amazon’s HQ2 will be coming to Arlington and Alexandria. But while the offices won’t be located in Fairfax County, experts tell Tysons Reporter that the impact will be felt across the region.

Jerry Gordon, President of the Fairfax County Economic Development Authority, said today that the new headquarters is not only likely to bring 25,000 new jobs to the HQ2 site, but will likely pull 50,000 to 75,000 jobs following Amazon into the region.

Gordon said the first companies to feel the impact of the new headquarters will be regional construction companies, who are likely to see more work as developers scramble to meet the new residential and office space demands.

Among the excitement for new jobs are concerns that the headquarters will also make Tysons, an area already infamous for traffic congestion and a lack of affordable housing, denser than its supporting infrastructure allows.

“I’m hoping we get just enough of a boost from HQ2 for everyone to get raises or better jobs,” said a commenter on the Tysons Reporter Facebook page, “not so much of a boost that we end up with a housing crisis like what Seattle or [San Francisco] have right now.”

“When you bring in all these new people, you’re going to find housing values go up,” said Gordon. “There’s going to be a lot of families and they’re not going to want to live in high rises. If you want to own — or if you do own — property in the area it’s going to go up in value.”

Gordon said apartments will also feel the squeeze as new Tysonians move in, especially in the interim before the residential development market can catch up to the demand.

“Renting apartment space, that’s going to go up too,” said Gordon. “It’s all based on supply and demand. When that demand increases dramatically, the prices go up.”

Unfortunately, Gordon also said that the headquarters will likely impact traffic as well.

“If Arlington creates enough housing to accommodate, or new housing is built in proximity to the Metro, that impact will be relatively small,” said Gordon. “But that won’t be the case. This is 25,000 people… It depends on whose hired, but you’re still adding 25,000 jobs in the primary sector so there’s going to be an impact on transportation.”

But overall, Gordon said Amazon is likely to have a positive impact on the community.

“Everyone’s been focused on the new jobs, but people don’t think about the fact that Amazon is one of those companies that are very good corporate citizens,” said Gordon. “I know in Seattle they’re involved in issues from homelessness to arts to health issues. If that’s any indicator for how they’ll be involved here, the region is about to get a good shot in the arm.”