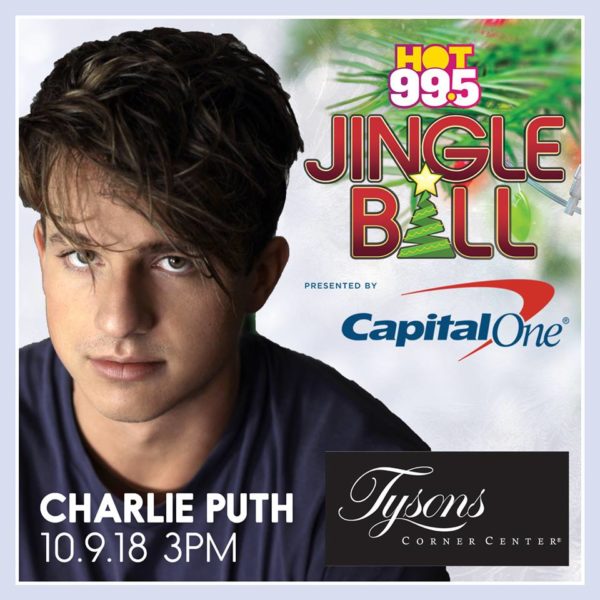 Charlie Puth, the hit singer known for his debut single “See You Again,” will be headlining a party at Tysons Corner Center to announce the lineup for this year’s HOT 99.5 Jingle Ball.

Starting at 3 p.m. on Tuesday, Oct. 9, The Kane Show and the HOT 99.5 crew will broadcast live from the mall. Puth is scheduled to give a special performance from The Plaza at Tysons Corner Center during the broadcast.

This event is open to the public with no ticket required.

At 5 p.m., the lineup of the Jingle Ball concert will be announced, followed by a chance to win tickets to the show, according to the radio station’s website.