Newcomers to the mall include the Creative Collective POPUP, Seletti, Terres da’ Afrique — all in BrandBox spaces on the first level — and Beauty Nail Bar upstairs.

Creative Collective reopened for the season on Friday (Nov. 15) and will remain open through Christmas Eve (Dec. 24) during mall hours from 10 a.m. until 9:30 p.m. daily.

The shop acts as a market for roughly 2o local vendors offering a variety of goods including hats, jewelry, leatherworks, prints and even children’s books. Shoppers also have the opportunity to meet the artists and vendors in person and ask them about their craft.

One of their bestsellers is a $400 monkey lamp, a store representative told Tysons Reporter.

“Some people are familiar with our brand and others are just intrigued,” the spokesperson said about people who stop in for a look, adding that the company is trying to gauge interest for the brand around Tysons.

If the pop-up is successful in the next six months, the brand might decide to open up a permanent shop elsewhere in the mall, the representative said.

Located on level two of the mall near the Paul Mitchell School, beauty Nail Bar made its debut roughly two weeks ago, an employee told Tysons Reporter. 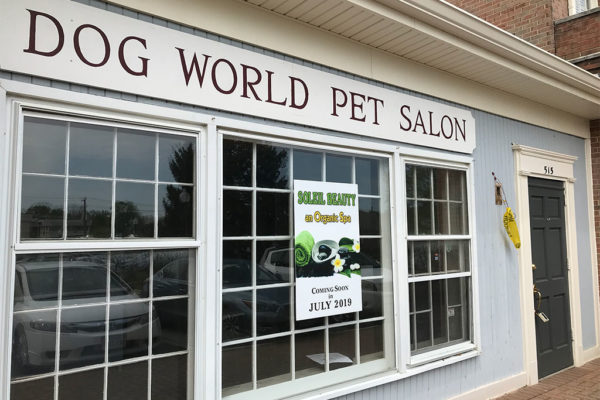 Soleil Nail Spa is opening soon in the Town of Vienna.

Soleil will offer manicures, pedicures, facials, waxing, eyelash extensions and other services, according to its website.

Back in April, Tysons Reporter spotted a sign in the storefront window saying that the “organic spa” is “coming soon in July 2019.”

Soleil posted on Facebook earlier in August that the grand opening got pushed to Sunday, Sept. 1, due to a construction delay.

To celebrate the opening, the nail spa is offering a 30% off promotion.

A Vienna native has opened a new hair studio in downtown Vienna.

Sundown and Rise Up filled the former space of the Maple Avenue Market, which closed in February after nearly 10 years in downtown Vienna.

David McCarthy, the owner and stylist, grew up in Vienna and went to George Mason University before pursuing hairstyling, according to his bio on the salon’s website.

The website describes Sundown and Rise Up as “a truly unique, open, creative, art-centered workspace in the heart of Vienna.”

Hair salons keep popping up in the Town of Vienna.

Along Maple Avenue, there are around two dozen hair salons and various types of beauty parlors offering personal care services.

While nearby Falls Church and McLean also have a plethora of salons, the ones in Vienna are concentrated mainly along Maple Avenue, with many hair salons working in close proximity to their competitors.

Tysons Reporter asked Lynne Coan, the town spokesperson, what might draw the appeal for owners to open up shop in this particular area.

“I did check with our planning department, and we really don’t have an explanation for why there are so many hair salons in Vienna,” Coan said. “There are no unique or ‘encouraging’ ordinances.” 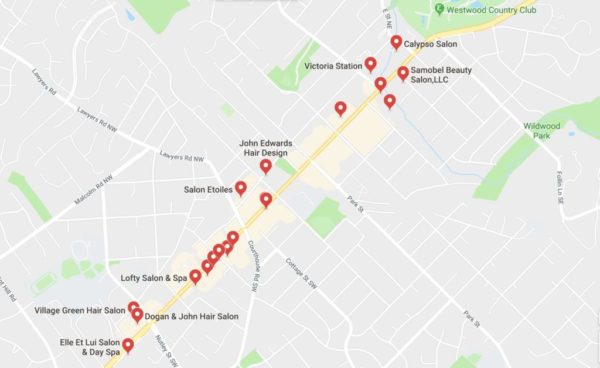 Salon O Tony (130 W. Maple Avenue) has been open for 12 years because of its customer service and good reputation, Mustafa Demir, the shop’s spokesperson, told Tysons Reporter. When asked about competition among all the various hair salons, he said salon management doesn’t think it is an issue, but didn’t expand on why.

In 2019, at least three new salons and beauty relators arrived in the area — each one of them offering a variety of hair cuts and spa treatments.

Hair studio Sundown and Rise Up moved into the former space of Maple Avenue Market (128 E. Maple Avenue) this summer.

These openings come at a time when the Town of Vienna said that more businesses have opened than closed recently, despite vacancies and increasing rents around town.

“It seems that, for whatever reasons, each community has a proliferation of some kind of business, be it pizza shops or nail salons or hair salons,” Coan said. For the Town of Vienna, it appears to be hair salons. 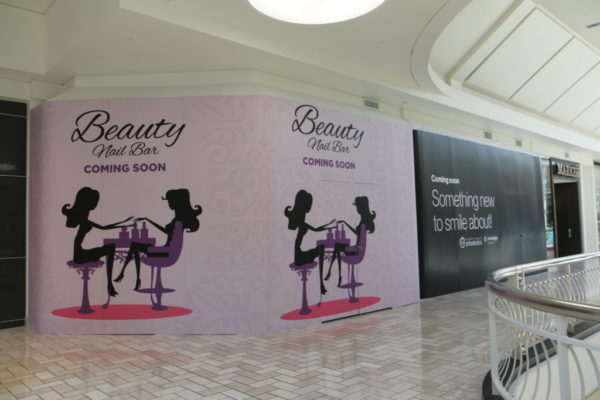 Yet another nail salon is preparing to open in Tysons Corner Center.

It will be located next to the Paul Mitchell School on level two of the mall.

Todd Putt, a spokesman for the mall, told Tysons Reporter that there is no opening date yet for the nail salon.

No details on the expected hours of operation have been released yet.

Hair studio Sundown and Rise Up is coming to the former space of the Maple Avenue Market in the Town of Vienna.

Sundown and Rise Up will offer haircuts, blow-drys, coloring, highlights and balayage services, according to its website.

Sundown & Rise Up represents a new emergence into a truly one of kind dynamic salon work space centered upon hair, creativity, freedom, community, music and positive vibrations. Sundown & Rise Up strives to provide Vienna and the neighboring communities a new kind of hair salon experience.

The Maple Avenue Market closed in February after nearly 10 years in downtown Vienna.

The studio is set to open “very early July 2019” at 128 E. Maple Avenue according to an Instagram post by the owner of the studio. 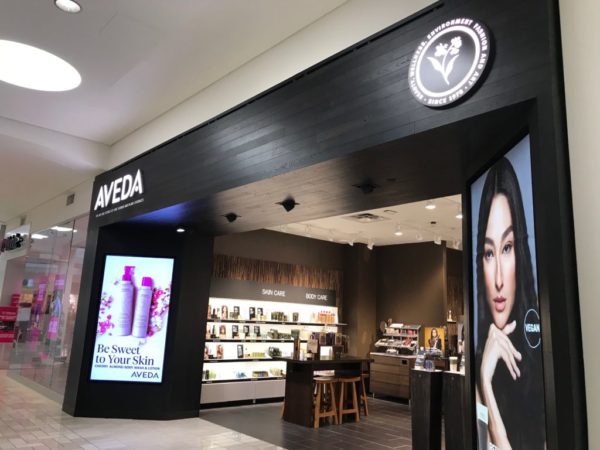 After a temporary closure, the Aveda salon is open again in Tysons Corner Center.

Tysons Reporter spotted that the salon was closed in April and noticed that it was open again last Wednesday (June 5). Signs said the salon was undergoing renovations.

Aveda is located on the lower level by Nordstrom.