Earlier: Route 123 is currently closed in both directions between Georgetown Pike and Kirby Road in McLean.

The Fairfax County Police Department says the closure is due to “police activity” in the area.

The area includes the CIA headquarters at Langley. NBC News reported earlier this afternoon that an intruder attempted to drive into the facility and was stopped by armed guards at the gates.

According to NBC News, shots were fired during the encounter, but it is unknown whether anyone has been injured.

Fairfax County police spokesperson Sgt. Hudson Bull confirmed to Tysons Reporter that the department “is assisting with traffic control for a police incident at CIA Headquarters.”

A CIA spokesperson said that the agency is “addressing a security situation” just outside the perimeter by the main gate of its headquarters.

“Our compound remains secured, and our Security Protective Officers working the incident are the only Agency personnel directly involved,” the spokesperson said.

TRAFFIC ALERT: Dolley Madison Blvd is closed in both directions between Kirby Rd and Georgetown Pike for police activity in the area. Please use an alternate route. #FCPD pic.twitter.com/LQXu7Ue5G6

Updated at 4:05 p.m. — The situation involving a man experiencing mental health issues at Avenir Place this afternoon has now been resolved.

“Officers were able to peacefully resolve this situation and the man was safely taken into custody,” Fairfax County police told Tysons Reporter. “He will receive the appropriate resources.”

The police department added that all officers at the scene “should be clearing out shortly if they have not already done so.”

Earlier: Fairfax County police officers are currently gathered near the Dunn Loring Metro station in response to calls about a man reportedly experiencing a mental health crisis, the department confirmed.

Tysons Reporter received a tip that there was a “huge police presence” outside Harris Teeter around 1 p.m., including at least 15 to 20 marked and unmarked police vehicles. The tipster said that both entries to the grocery store on Avenir Place and Prosperity Avenue had been blocked off.

The Fairfax County Police Department says that officers responded to the 2600 block of Avenir Place after receiving reports of “a man who is experiencing a mental health crisis.”

“Officers are working to peacefully deescalate the situation and provide necessary resources to the man,” the FCPD said. “Preliminarily, the man is believed to be alone in the apartment.”

The department did not respond by press time when asked whether the streets in the area have been opened, but it says that the incident “has not been classified as a barricade” at this time.

“We will provide an additional update as the situation evolves,” the FCPD said. 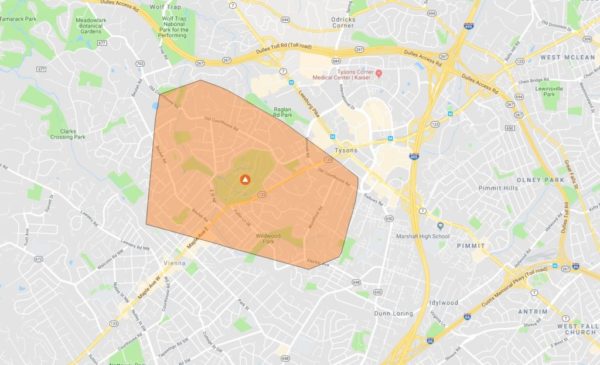 (Updated at 3:30 p.m.)  A power outage hit the largely residential neighborhoods in northeast Vienna, as well as a portion of Tysons, today (April 26).

The estimated time of restoration is between 1-4 p.m. As of noon, Dominion Energy reported 2,006 customers in the area without power.

The power outage was resolved on Dominion’s website around 1:15 p.m.

“All but 165 of the 2,000 [customers] were restored in about an hour,” Charles Penn, Sr., a spokesman for Dominion Energy, told Tysons Reporter.

A tree that fell on a power line caused the outage, Penn said.

Power outage on telework day, yay…looks like a big chunk of NE Vienna is down. 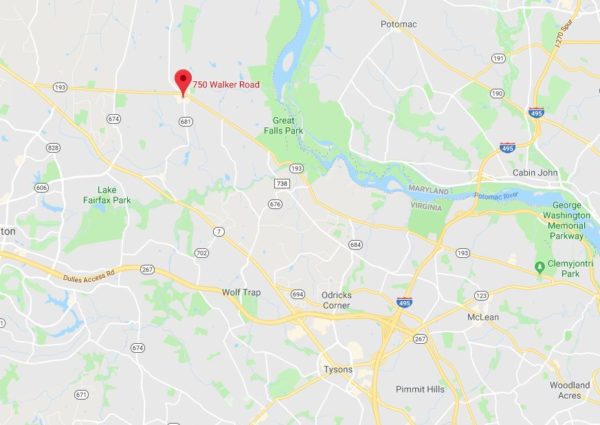 Update on 11/14/18: A suspect has been arrested and charged in the bank robbery.

(Updated at 4:40 p.m.) Fairfax County Police are looking for a man who robbed a Wells Fargo Bank in Great Falls today.

The robbery was reported around noon at the Wells Fargo at 750 Walker Road, near the Old Brogue Irish Pub.

The suspect reportedly made off with cash and is now on the run after fleeing in a car. He was described by police as “5’6″-5’8″, possibly wearing glasses, black baseball hat, beige jacket, and possibly armed.”

We are no longer searching the area for the suspect and do not believe there is a threat to public safety. Detectives are still actively investigating this case. More updates to follow. #FCPD #FairfaxCountyhttps://t.co/zUUDXxmjCn

(Updated at 12:20 p.m.) A student at George C. Marshall High School in Falls Church reportedly brandished a fake gun inside the school, prompting a prompting a police investigation and a letter to parents.

John Torre, a public information officer for Fairfax County Public Schools, said that the school was made aware of the video last night (Tuesday).

Torre said police were notified and determined that the weapon the individual was holding was a fake. Fairfax County Police said on Twitter that they did not believe there was a threat to school safety.

We have been investigating since it was reported to us. The gun pictured in the video is a fake and the information we have at this time does not suggest there is a threat to school safety.

The video was reportedly circulated on Snapchat. A clip posted on Twitter, purporting to be of the video in question and sent to the school system and a local TV station, shows a young person brandishing what appears to be a gun under the caption “uhh 109% ur f****d if u at marshall.” 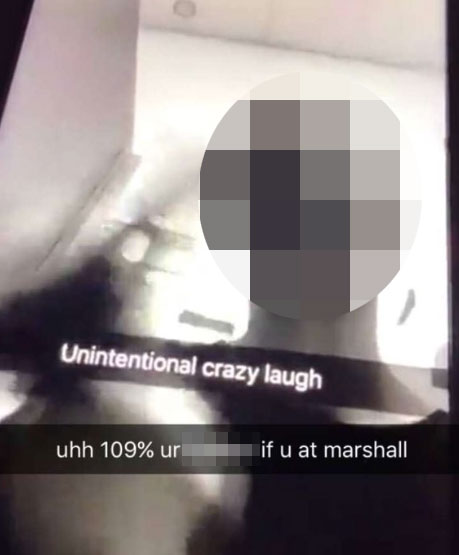 The school notified parents early this morning. The FCPS Twitter account said parents should have received the update around 7:30 a.m., but some parents said via Twitter they didn’t receive the update until their children were already on the bus to school.

Yes received after my child would have been on the bus. Some parents didn't get until 9ish. Too little info too late. FCPS needs to do more to inform parents and keep our kids safe.

Torre said the police contacted the student and family, and that the school would not comment on any disciplinary actions taken.