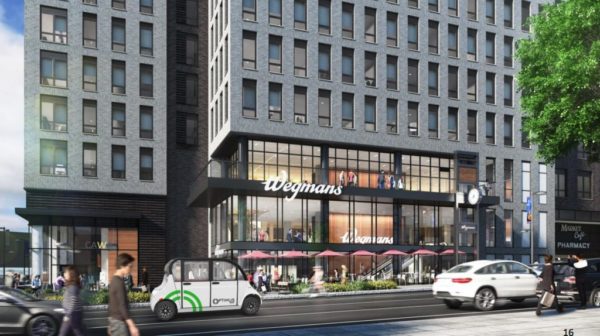 Fairfax County is moving toward autonomous vehicles connecting the Mosaic District to the Dunn Loring-Merrifield Metro.

At a work session today (Tuesday), the Fairfax County Board of Supervisors reviewed plans to start a pilot program for self-driving vehicles as a shuttle service.

“We’re pretty excited,” said Leonard Wolfenstein, chief of the transportation planning section. “We have several partners in the public and private sector.”

Wolfenstein said the mile of distance between the Metro and the Mosaic District was one of the main reasons it was being eyed for the autonomous vehicle pilot.

“The Mosaic District is a vibrant and active growing sector of the county,” said Wolfenstein. “Mosaic is roughly a mile from the Metro, so it’s a great first-last mile type of environment to test this out.”

Under the planned partnership, Dominion Energy would identify, select, and purchase shuttles while Fairfax County government would oversee its operation. Who actually operates the shuttle is still to be determined.

Staff noted that concerns about safety, like how shuttles would affect pedestrians and cyclists, are still to be determined. In particular, staff said the “tricky situation” is figuring out whether the autonomous vehicles will safely be able to cross Lee Highway.

“The proposed path would create an environment where there are opportunities for all those users,” staff said. “At the end of the pilot, there will be a report published to establish a regulatory framework. This is the only pilot like this in the Commonwealth of Virginia.”

Clinton Edwards from the Department of Rail and Public Transportation said that the department was reviewing the business case for automated vehicles. Edwards said the department was considering cost, insurance, liability concerns and private-public partnership issues.

But for members of the Board of Supervisors, most of the questions focused on how to get the public on board with the idea.

“The key is to create buzz,” said Dranesville District Supervisor John Foust. “People need to think of Fairfax County when they think of autonomous vehicles.”

“Turn the marketing of this over to Edens,” said Smyth. “Let them do what they do best.”