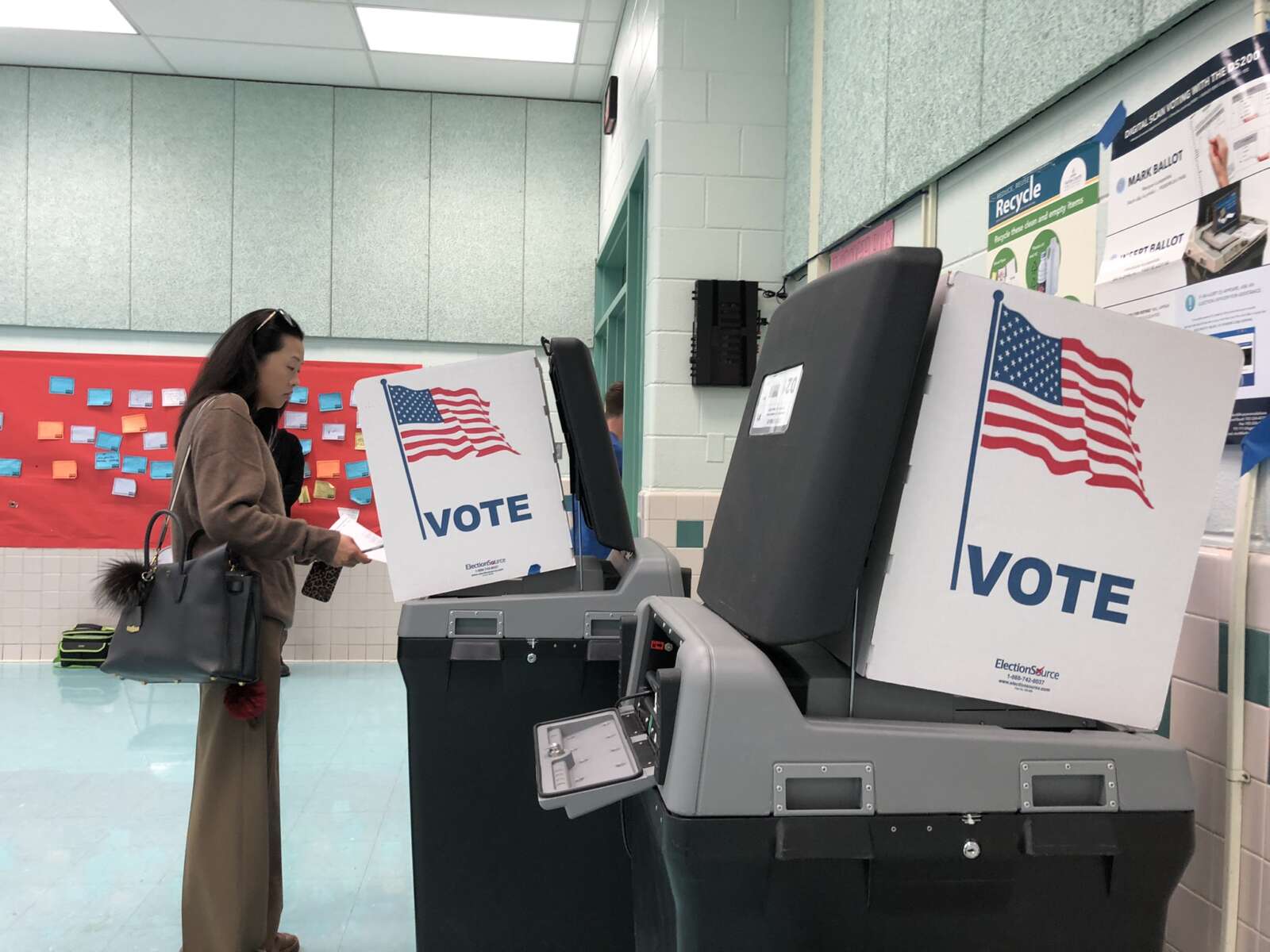 In total, that represents about 27.5% of registered active voters in the county.

As of this morning, we’ve had an estimated 9.8% turnout countywide in today’s #midterm election. This is only for votes cast at the polls today, and early votes account for another 18% turnout before today.#ElectionDay #ElectionDay2022 #Midterms2022 #VA08 #VA10 #VA11 #Virginia pic.twitter.com/OCLtXr1jZO

That remains short, so far, of county turnout during the 2018 midterms, when 59.5% of registered voters in the county voted. That year saw a significant jump from 2014, when only 41.6% voted.

Early voting ended Saturday (Nov. 5), and about 130,000 county residents had voted by then, either by mail or in person, Fairfax County General Registrar Eric Spicer told FFXnow in an email. Overall, that represents about 18% of the 736,000 active registered voters in the county.

In 2020, 414,000 residents voted early due to traditional high turnout related to a presidential election and the ongoing pandemic. Last year, about 170,000 residents cast a ballot early in the House of Delegates and gubernatorial elections.

This year’s early voting numbers suggest the shift in voting behavior from the last midterm election cycle has continued.

We're preparing so that after the polls close we can count the about 82,000 early in-person votes cast before today. Under public observation, election workers are pulling this data from the voting machines used for early voting.#Vote #GoVote #ElectionDay #IVoted #Midterms2022 pic.twitter.com/wL3NnaDV19

In Fairfax County, 76,000 vote-by-mail ballots were requested, close to 10% of registered voters, Spicer said. About 67% of those ballots, or 48,000, were returned by the end of early voting.

Residents can continue to return their mail-in ballots at a drop box at any polling place.

While Fairfax County doesn’t have any races attracting significant national attention like 2021’s gubernatorial race, every seat in the House of Representatives is on the ballot this year.

The county has three congressional districts: the 8th, 10th, and 11th.

The 11th Congressional District includes 586,000 Fairfax County residents, the most of any of the districts. The 8th has 282,000 residents in the county while the 10th only holds 14,500 residents.

Incumbents Don Beyer, Jennifer Wexton, and Gerry Connolly are all Democrats and all favored to win against their respective Republican challengers, Karina Lipsman, Hung Cao, and Jim Myles.

The Town of Herndon is seeing competitive races, though, for mayor and town council. Incumbent Mayor Shelia Olem is running against councilmembers Sean Regan and Jasbinder Singh.

Election officers told FFXnow that, anecdotally, voting has gone smoothly so far this morning with precincts getting steady streams of voters.

However, the lead-up to Election Day saw a few hiccups. Late last month, voters in Clifton, Herndon, and Vienna got a letter directing them to an incorrect voting location. The county blamed the state for the error with the Fairfax County Board of Supervisors calling for an investigation into what happened.

The county’s elections office said on Nov. 3 that it had successfully processed all of the registrations.