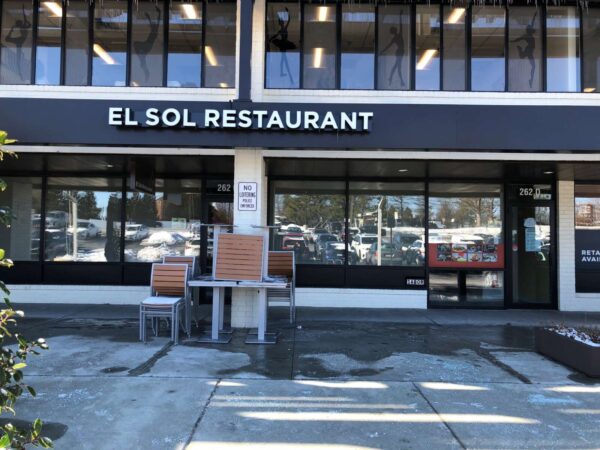 Vienna’s hopes for a revitalized Cedar Park Shopping Center hit a bump last month with the departure of a key tenant.

Brother-and-sister owners Alfredo and Jessica Solis opened the Vienna El Sol in Suites C and D at 262 Cedar Lane in February 2020, when construction to renovate the center was still underway. A month later, COVID-19 would prompt restaurants across the state to temporarily shut down.

The economic challenges brought by the pandemic, including a nationwide shortage of staffing in the food service industry, ultimately proved untenable for El Sol.

“Like many restaurants in the past couple of years since the pandemic began, El Sol Vienna is a casualty of the circumstances created by these unprecedented times,” Alfredo Solis said. “We struggled with business and retaining employees and in the end, my sister and I felt it best to close those doors and focus more of our efforts towards supporting our other restaurants that weren’t hit as hard. We’re grateful to the Vienna community for all of their support.”

In addition to the D.C. El Sol, Alfredo and Jessica Solis continue to operate Mezcalero, which has locations in D.C. and Alexandria, and Anafre, which serves tacos, pizza, and sandwiches on 14th Street in D.C.

While the banner advertising the new venue, as seen in those posts, had been taken down when Tysons Reporter visited on Saturday (Jan. 28), a worker inside confirmed that the new restaurant will have a different management team and is not connected to El Sol.

The mall is also preparing to add Toby’s Homemade Ice Cream, an Arlington-based ice cream shop that will take over the space vacated in August by Crepes and Karak Cafe.