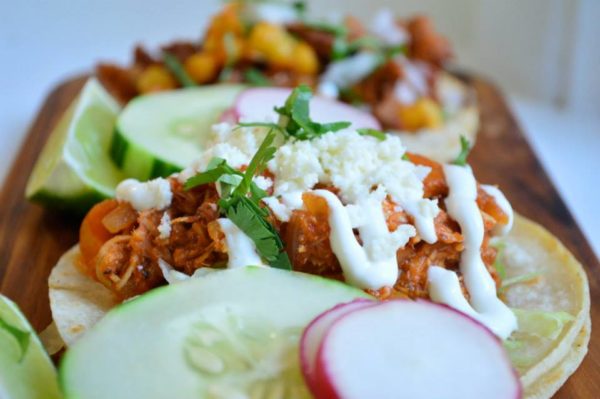 A Mexican restaurant plans to debut in the Vienna area this week.

El Sol plans to open at 262 Cedar Lane SE, Suite C in the Cedar Park Shopping Center on Thursday (Feb. 27), according to a press release.

Restauranteurs Alfredo and Jessica Solis, brother and sister, are behind El Sol, which currently has a D.C. spot, along with Mezcalero and Anafre, which are also in D.C.

Jessica will lead the kitchen, while Alfredo will manage Mezcalero and Anafre, according to the press release.

“We just set out to cook the food we grew up eating and now we have four restaurants. It’s incredible,” Jessica said in the press release.

The menu includes a dish where a mixture of cheeses prepared atop the grill in a large plant leaf and another one with a bowl of oysters, shrimp, fish, octopus, avocado and spicy tomato.

El Sol is an anchor tenant for the plaza which is currently undergoing redevelopment,” the press release said. “This is also the Solis’s largest restaurant at 80 seats and 3900 square feet…

The Vienna shop is a family-friendly full-service establishment that also offers weekend brunch, just like the D.C. location. A full bar highlighting mezcal and tequila is also be available.

Unlike El Sol D.C. and the other Solis restaurants, the Vienna restaurant has a private dining space that can accommodate up to 20 guests.

The restaurant plans to open at 11 a.m. on Thursday.