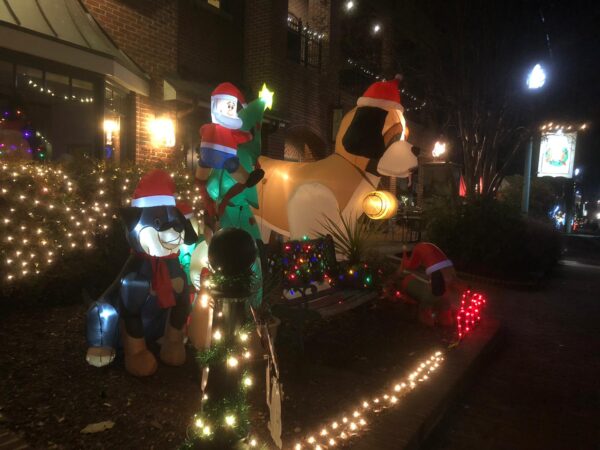 FCPS to Highlight Need for Safe Gun Storage — “Fairfax County Public Schools will notify parents and guardians about Virginia’s new secure firearm storage law, why secure storage is essential, and other ways to prevent gun violence or seek help for a child who could be a threat to themselves or others. The communication will be sent in January and then annually before the start of each school year.” [Karl Frisch]

Lawsuit Accuses FCPD Officers of Sexual Assault and Complicity in Sex Trafficking — “The woman, who is referred to only as Jane Doe because she is a trafficking victim, alleges that the Fairfax County, Virginia, police department, including its former chief Edwin Roessler, knew that some officers were possibly participating in and protecting the ring, but allowed the officers to retire with full pensions rather than prosecute them.” [Reuters]

County Awarded for Mosaic Autonomous Shuttle — “The @fairfaxcounty Relay Shuttle project was presented the Fairfax County TAC Transportation Achievement Award on December 7, 2021. The award is given to the person or group that has made the most significant contribution during the year. The Relay project team accepted the award” [Virginia DRPT/Twitter]

Meet the Tysons Corner Center Santa — Tennessee resident Mike Graham has been serving as Santa at Tysons Corner Center for the past 34 years. He was first sent to the mall by a photo company that was looking for more Santas, and that initial appearance got such “a tremendous response” that the management team asked if he’d like to work with them exclusively. [Northern Virginia Magazine]

McLean 7-Eleven and Merrifield BMW Center Burglarized — Two men entered the 7-Eleven at 8110 Old Dominion Drive around 1:36 a.m. on Dec. 11, implied they had a weapon, and took property. Another commercial burglary was reported on Dec. 12 at the BMW Collison Center at 2730 Dorr Drive after someone forced their way into the business and took property around 10:30 a.m. [FCPD]

Winners of Vienna Holiday Lights Contest Announced — For the 2021 Light Up Vienna contest, first place in the business category as voted on by the town business liaison committee was split between Vienna Rexall Drug Center and Judd Tile. Public voters awarded the People’s Choice prize to Vienna Pet Spaw on Church Street, and 121 Casmar Street SE (also known as Casmar Street Lights) came out on top in the residents category. [Town of Vienna/Facebook]